Imagine that you’re walking along the beach on a gorgeous sunny day when something shimmery in the wet sand catches your eye. At first you think it might be a rock, still glistening from the tide that washed it in. But as you get closer, you see that it’s really more of a gem. Not a gem in the precious stone sense, but in that “Wow, I just found something really special!” way. It’s sea glass–the smooth, frosty product of broken glass left to tumble in the waves.

Collectors scavenge the shores to find these tiny treasures, and some creative beachcombers even turn bits of found sea glass into beautiful jewelry pieces. Since we recently expanded our own collection of sea and beach glass designs, we decided to learn a little more about the glass “gems” at the center of these wearable works of art. Read on for a few of the uncommon facts we found about sea glass. 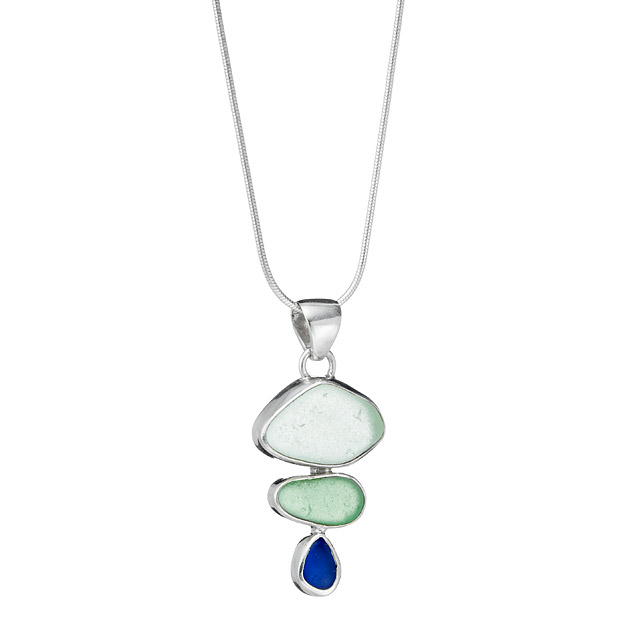 Beach Glass and Sea Glass Aren’t One and the Same.

While both types of glass wash up on beaches, sea glass really is found near the sea. When those tumbled and tamed shards find their way to lake shores, they’re known as beach glass. (Ocean glass and lake glass would be easier to remember, but like glass, names aren’t always crystal clear!)

Finding Sea Glass is Fun, but it can be Tricky

Just because there’s a chance of discovering glass doesn’t mean you should be afraid to walk barefoot on the beach. Some beaches are more likely to contain hidden treasures than others. So where should you look for sea glass or beach glass? The best places are areas near where glass was once produced, heavily used (like a bottling plant), or dumped. While abandoned glass-blowing studios on the beach might not be that easy to come by, sea glass does end up in other places as well. Heavily-trafficked beaches tend to accumulate glass from less-than-environmentally-conscious patrons.

White sea glass is one of the most common finds, because it’s usually made from clear glass that’s been tossed and turned by the waves until it gets frosty and white. Green and brown are also sea glass colors you’re more likely to come across than rarer hues. 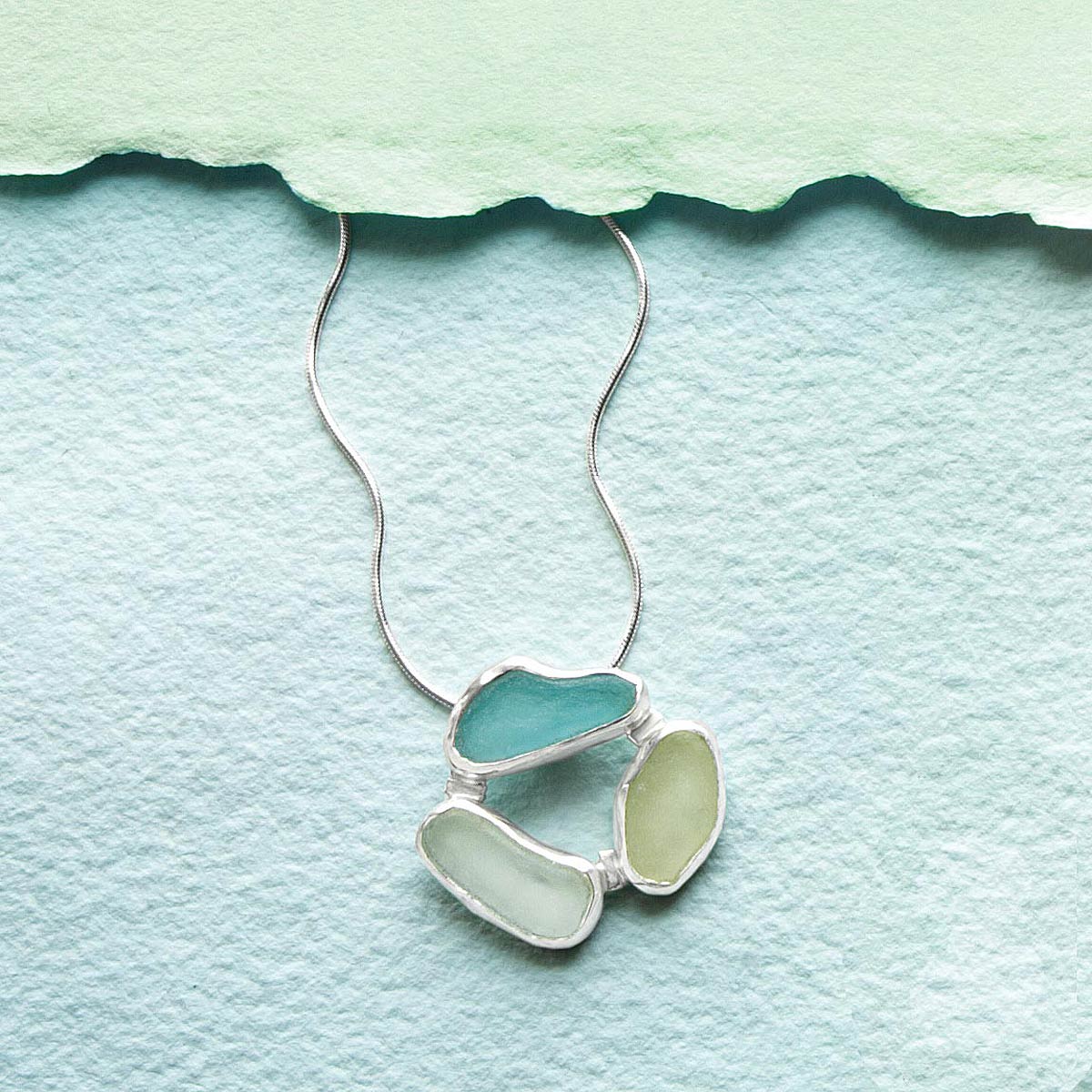 So what do white, green, and brown glass have in common? Bottles! Unfortunately, there was a time when throwing a bottle overboard was no big deal. While it’s certainly not cool to toss trash in the ocean, those discarded bottles and jars end up battered and broken and eventually become beautiful glass “gems.”

Red and orange sea glass isn’t easy to come by, and the reason isn’t hard to guess: Fewer things are made of red and orange glass than other colors. However, the explanation for that easy-to-guess answer is where things get really interesting. Red and orange glass couldn’t be made without a colorant that required real gold for quite a long time, meaning that those fiery shades were reserved for glass purchased by folks with money to burn. 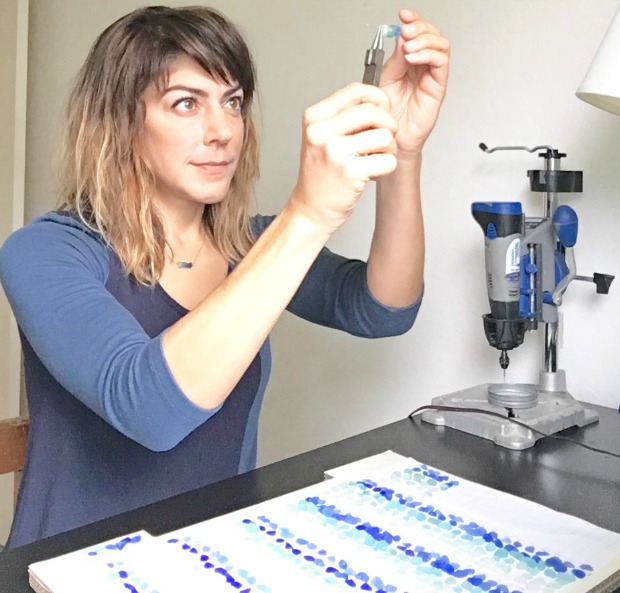 As Blue as the Sea (Glass)

Sea and beach glass can also be found in many shades of blue. Soft blue, cornflower, and aqua shades are less rare than some blues, because they were used in medicine bottles, Mason jars, and decorative pieces. Turquoise is the rarest blue sea glass, and is very hard to come by.

While sea glass is usually formed when the sharp edges of broken glass get smoothed by sand, stones, and sometimes salt, the elements can also get to glass that’s already smooth. In the past, marbles were used to balance the weight of ships and were dumped overboard once the cargo was delivered. Marbles also ended up in lakes and at sea thanks to marble factories near shores and the occasional missed shot in a game on a boardwalk. The marbles may start perfectly round and smooth, but those abrasive elements at work and pH levels in the water give them a unique look that can’t easily be replicated.

Not all “sea glass” is the real deal. The material is growing in popularity, but actually becoming more scarce as plastic replaces glass packaging and restrictions prevent dumping garbage in bodies of water. (We certainly won’t complain about that last one.) To meet demand, some jewelry makers and other artisans create that weathered glass look by tumbling new shards with sand or treating them with corrosive substances. But since we’re all about the uncommon here at UncommonGoods (see what we did there?), the pieces in our collection all feature the genuine article. 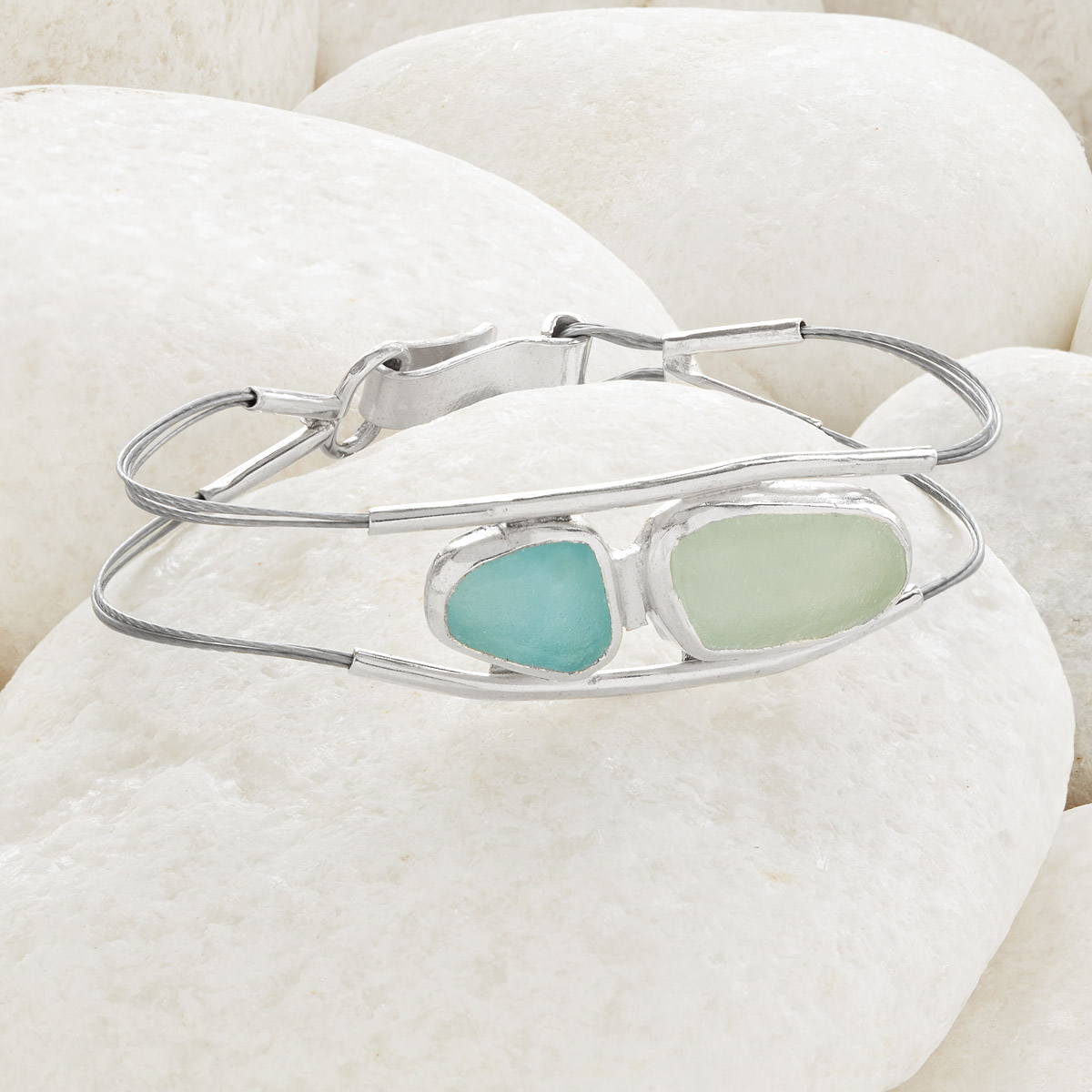 You Can’t Fool an Expert

Unfortunately, some folks alter glass and try to pass it off as authentic sea glass. The good news is that there’s a group of glass lovers on a mission to educate other enthusiasts and prevent fakes from entering the market under false pretenses. The North American Sea Glass Association became a formal organization in 2007 and now has around 90 members. A few of their tips for avoiding fake sea glass include avoiding pieces that look a little too perfect, considering that color varies in natural pieces (so a bag of blues that all match is probably counterfeit), and minding the price. The real thing will cost more, and price depends on size and color. Visit the NASGA’s website to learn more.

15 Personalized Jewelry Picks for Mother’s Day That Mom Will Love!