The Nightbulb: An Instant Design Classic 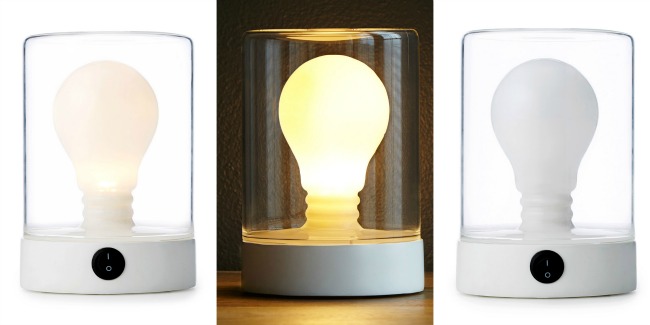 Jamie Hoffman, UncommonGoods’ Home Decor buyer, was strolling the booths at a trade show in New York when the chic good looks of Liz Ross & David Westby’s Nightbulb lit up her connoisseur’s eye. “When Liz pulled the Nightbulb prototype out of her bag,” Jamie told us, “I was immediately interested, and started to talk about an exclusive launch.” 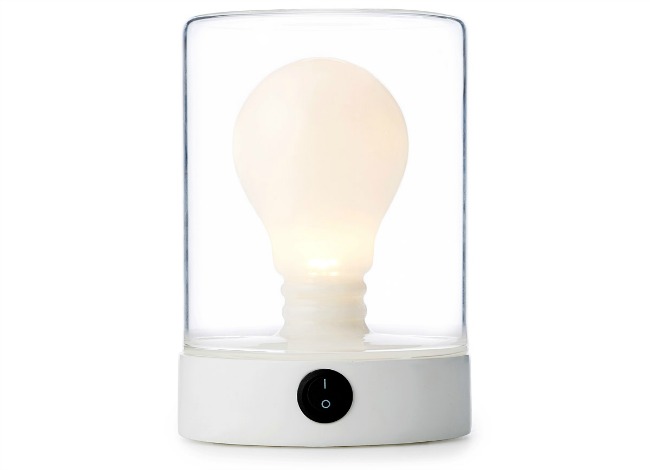 At first glance, the Nightbulb looks like an incandescent lightbulb. But its appearance is a trompe-l’œil (French for “deceives the eye”). It’s really a double-walled glass sculpture, lit by a battery-powered LED. The outside wall is a clear glass cylinder; the inside wall, of lightly frosted glass, is the familiar lightbulb shape.

“I love the visual illusion of looking like a lightbulb, but actually being a hand-blown piece of glass,” says Jamie. “When I learned more about the technique of making it, and that it was in fact just one piece of glass, I was really blown away (pun intended).” 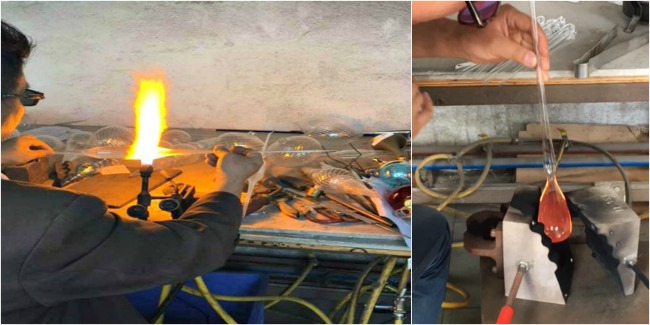 “Each Nightbulb is made by hand, meticulously,” explains Liz. “Each glass piece is individually mouth blown and hand-finished. Each resin base is individually hand-cast by pouring resin into plastic molds.” 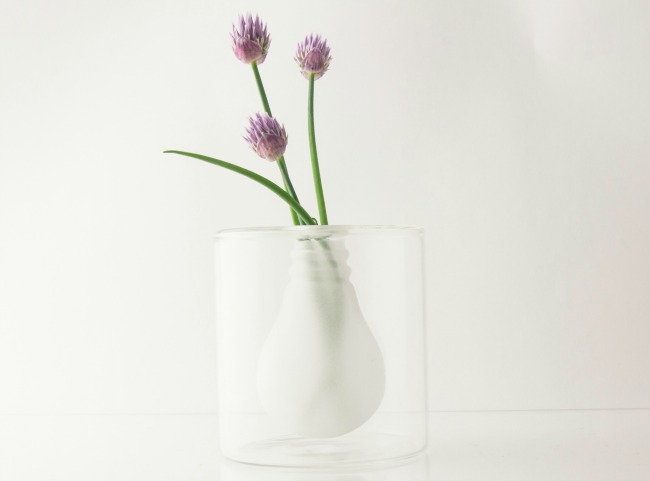 Artisanal production is mixed with efficient lighting technology when a warm LED light is placed in the base. “The ‘bulb’ has no electricity in it. It’s negative space. If you turn it upside down it could be a vase,” says Liz. “We love that visual joke.”

What’s also kind of funny is that Liz and David hadn’t intended to create a light at all. They’d been working on a design for something else entirely: a snow globe. Making snow globes had been their main business since they moved to Vermont from San Francisco, nine years ago.

Artists-turned-professionals, the move had helped them revert to type. “The quiet brain time here has allowed us to be a lot more creative,” Liz says. “We’re surrounded by so much beauty. I get so much pleasure from the trees, the crazy animals, foxes, skunks. It’s a solace to see things be born and grow.” 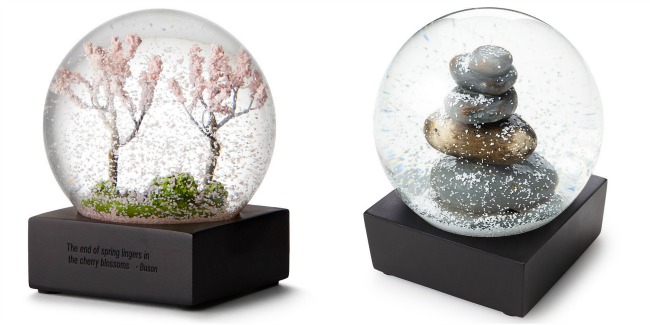 Inspired by their new surroundings, the couple wanted to creatively evoke that atmosphere and beauty, and hit upon the idea of making exquisite, high quality “snow” globes that didn’t necessarily have fake snow in them. “In California, I’d so missed the falling autumn leaves. Then we realized that as far as we knew, nobody had made a ‘snow’ globe with autumn leaves.” Nor had anyone made one with falling pink cherry petals, or a cairn globe.

It’s no surprise, with globes so beautifully poetic, that Liz and David have been successful. They’ve made a number of custom globes for companies. One idea they’d been working on was a globe that looked like it had a lightbulb inside, which could be given as an award to employees who had had a great idea.

“We thought, ‘What would fall around the lightbulb shape? Maybe gold glitter to make it look like it was lit up?” Liz tells us. “But,” even with all their experience, she says, “we couldn’t figure out how to put the water in the light.

“Then we thought… what it if it was just a light?” “[Ed. note: lightbulb moment” joke avoided here.]

Following that unplanned detour led them to a brand-new design for both decorative and practical needs. The decorative part is obvious: simple and elegant, lovely and cool, it’s an instant design classic. As for the practical part, Liz says, “The original idea was to use it in a baby’s room in the middle of the night, when you’re changing a diapers.” But, she continues, “Then we had a blackout in Vermont. We had a dozen of these laying around, and we put one in every room. It worked really well!”

“I have one on my nightstand. I’ve read the New York Times there, and it’s enough light. We have one in the bathroom. We’ve brought them out to the front porch in the summer. We’ve used a row of them down the center of the dining room table, for dinner parties.” And of course, it’s an ideal nightlight, which doesn’t need an outlet.

As UncommonGoods buyer Jamie says, “If you own one, there’s no way people won’t immediately pick it up and ask, ‘What’s this?’”