Gift Lab: Can These Tools Improve Your Soup? 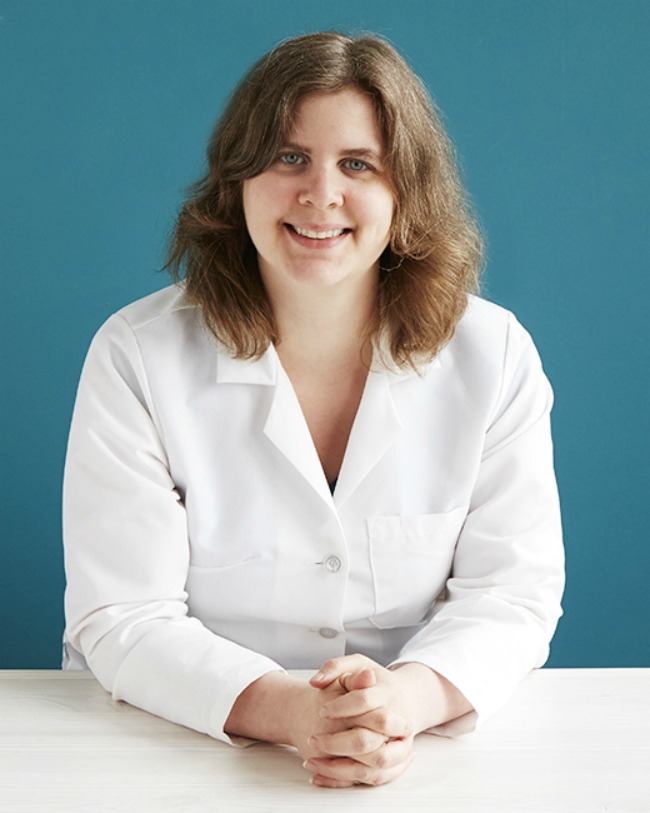 It is officially fall, almost winter actually, which means TIME FOR SOUP. What is better than the combination of crisp air and the smell of soup bubbling on the stove? Nothing, you say? I agree! 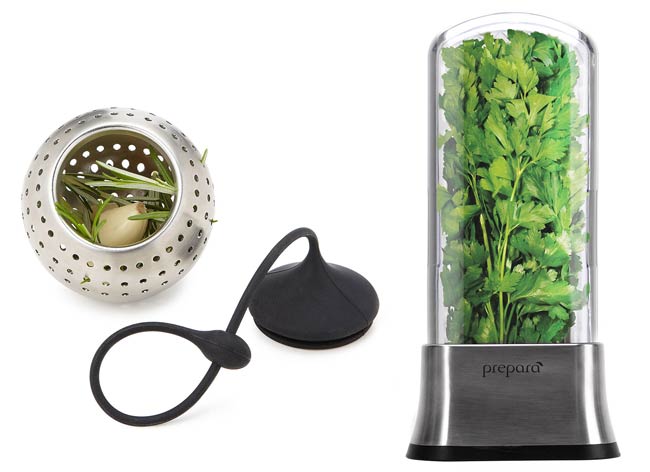 As a frequent maker of soups, I’m very interested in anything that can make my soups more delicious or the process of making them easier. Thus, the Soup Pot Flavor Infuser was immediately intriguing to me. I’ve used bouquet garni in the past, and I’ve wrapped herbs in cheese cloth, but this item seemed like a more sustainable way to add flavor to my soup, and also get rid of the problem of having to locate something and fish it out of the finished pot. Additionally, I thought perhaps I could save some of the time I usually spend stripping fresh herbs off their stem and finely chopping them by just putting entire stems into the infuser and not worrying about accidentally taking a bite of something decidedly un-tasty.

Speaking of herbs, anyone who uses fresh herbs regularly knows the pain of buying a bundle of gorgeous fresh herbs only to find that there’s no possible way to use them all before they get brown and sad and suited only for the compost bin. I’ve been eagerly anticipating trying out our Stainless Steel Produce Keeper to see if I can start making the most of my thyme (see what I did there?)

The combination of the Soup Pot Flavor Infuser and Stainless Steel Produce Keeper will make this the soupiest and least wasteful winter ever!

For my first outing with my flavor infuser I decided to make one of my absolute favorite soups in the world, Tom Kha. While I love making and eating Tom Kha, it does always pose a challenge in the form of tough and inedible stalks of lemongrass.  When the soup is done there is the annoying task of locating and removing the stalks, and the constant fear you’ll bite into a piece that you missed. Additionally, cutting up the lemongrass stalks leads to greater surface area and thus more flavor, but makes the task of removing the pieces that much more problematic. No doubt, the perfect soup for testing the infuser. 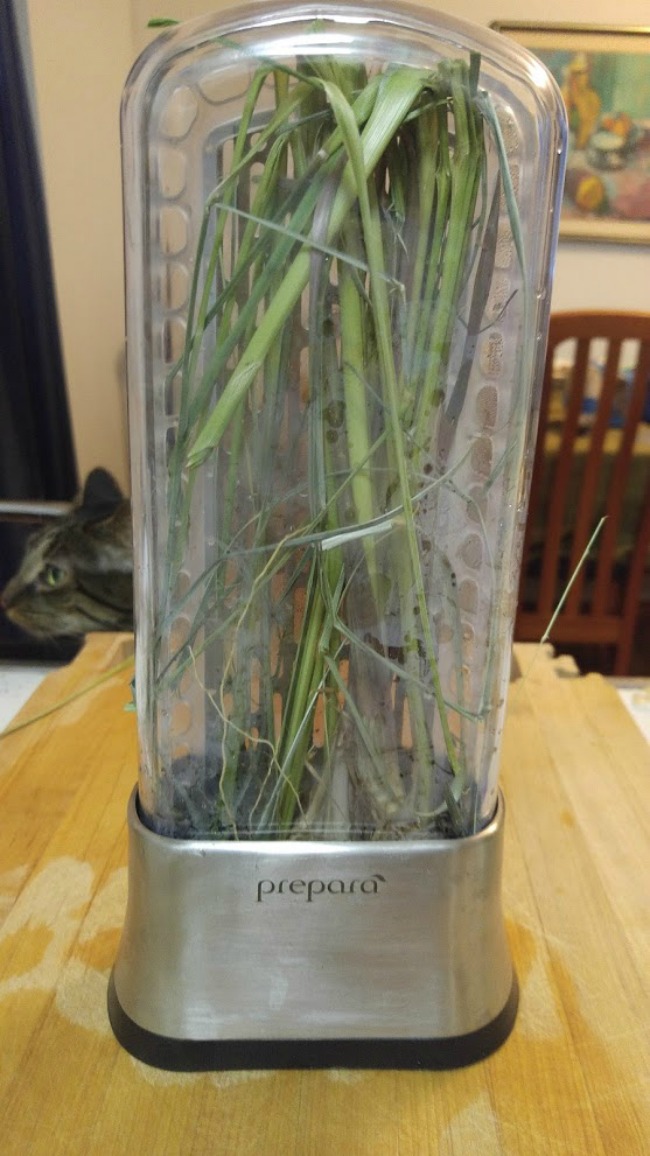 I bought my lemongrass early in the week but was not able to make the soup until the weekend, so it was a great opportunity to test out the produce keeper and see if it could keep the stalks from drying out. While I had to bend the stalks to fit them in, this would not be a problem with most herbs, and it doesn’t have any effect on lemongrass quality that I know of. The slim design means the keeper slides easily into the side of the fridge and takes up minimal space. When I removed the lemongrass on Saturday, it was indeed as green and moist as the day I bought it. Success! (We replaced the lemongrass with thyme, which is now 2 weeks into its tenure and going strong.) 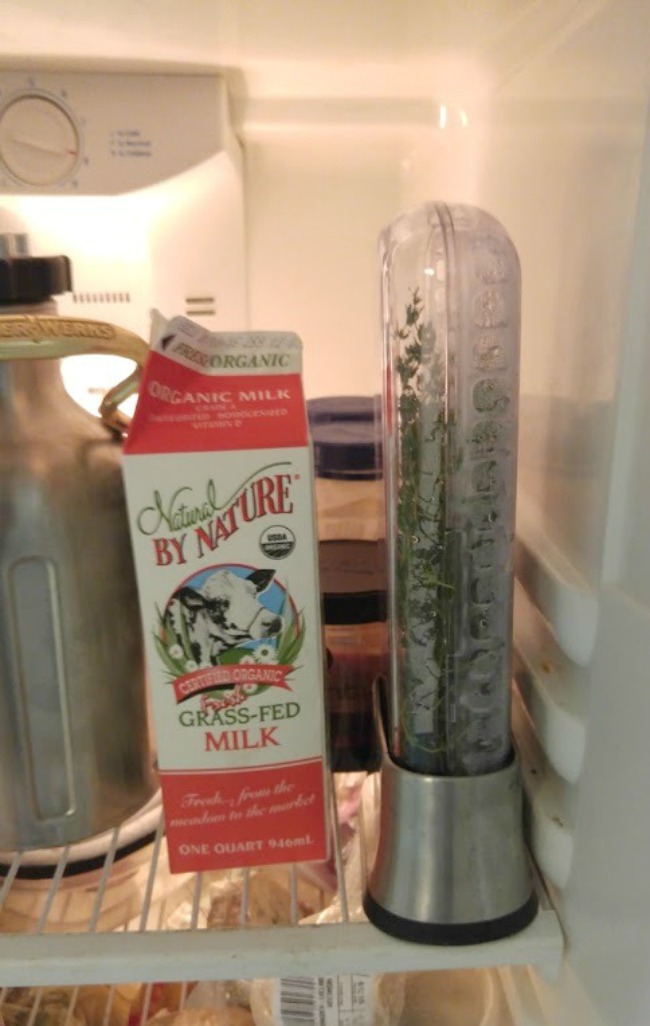 In addition to lemongrass, Tom Kha gets its flavor from garlic, ginger, and kefir lime leaves (I could not find any so I used thin slices of lime instead). I decided to put all four in the infuser together (and prepped them on my personalized cutting board, of course). Needing only to roughly chop them rather than finely mince the garlic and ginger saved me quite a bit of time. When I was done, I was concerned that I had over-prepped and wouldn’t be able to fit everything into the infuser, but I needn’t have worried – it looks small, but it has great capacity!

Featuring our Personalized Cutting Board

I always try to make my own stock, and I used the infuser while the stock was simmering to give my broth an early flavor boost.  You could argue this doesn’t really save time in this step, since the stock needs to be strained anyway, but if you were using pre-made stock it would save you the step of straining it, plus I was able to reuse the aromatics for the soup making process as well (after adding a few fresh pieces of lemongrass and ginger). 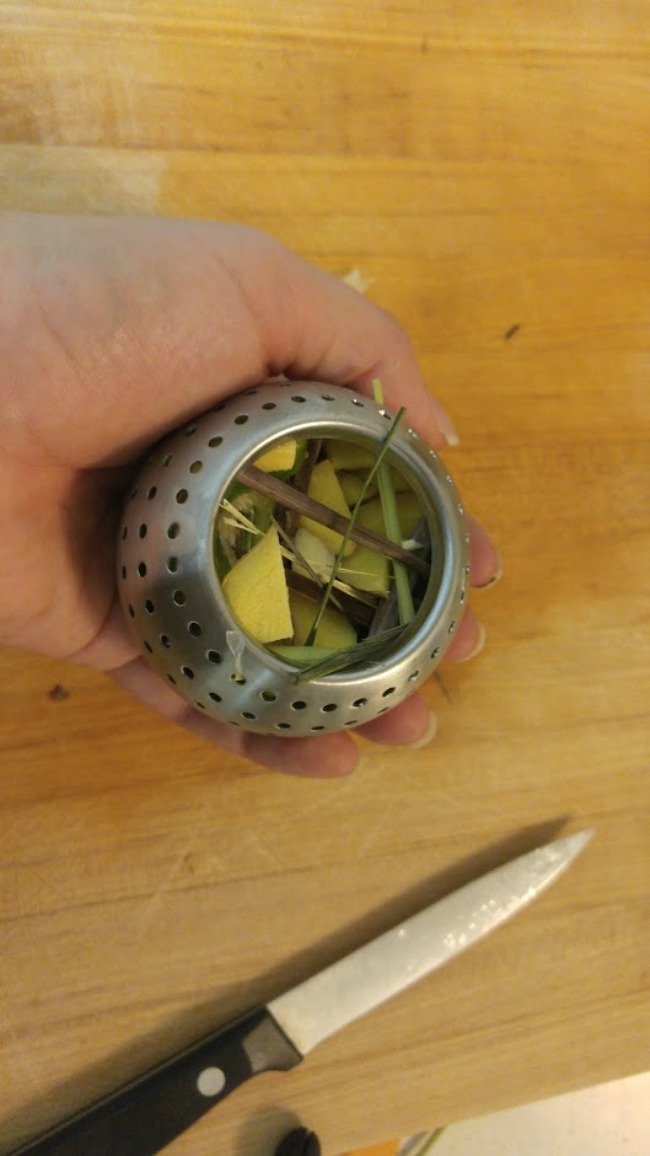 Once the soup got started, I finally realized that the little “mouth” at the end of the infuser is meant to hang on to the pot handle and keep the infuser from falling in. The soup pot I used wasn’t really deep enough to necessitate this, but it is still a nifty feature. 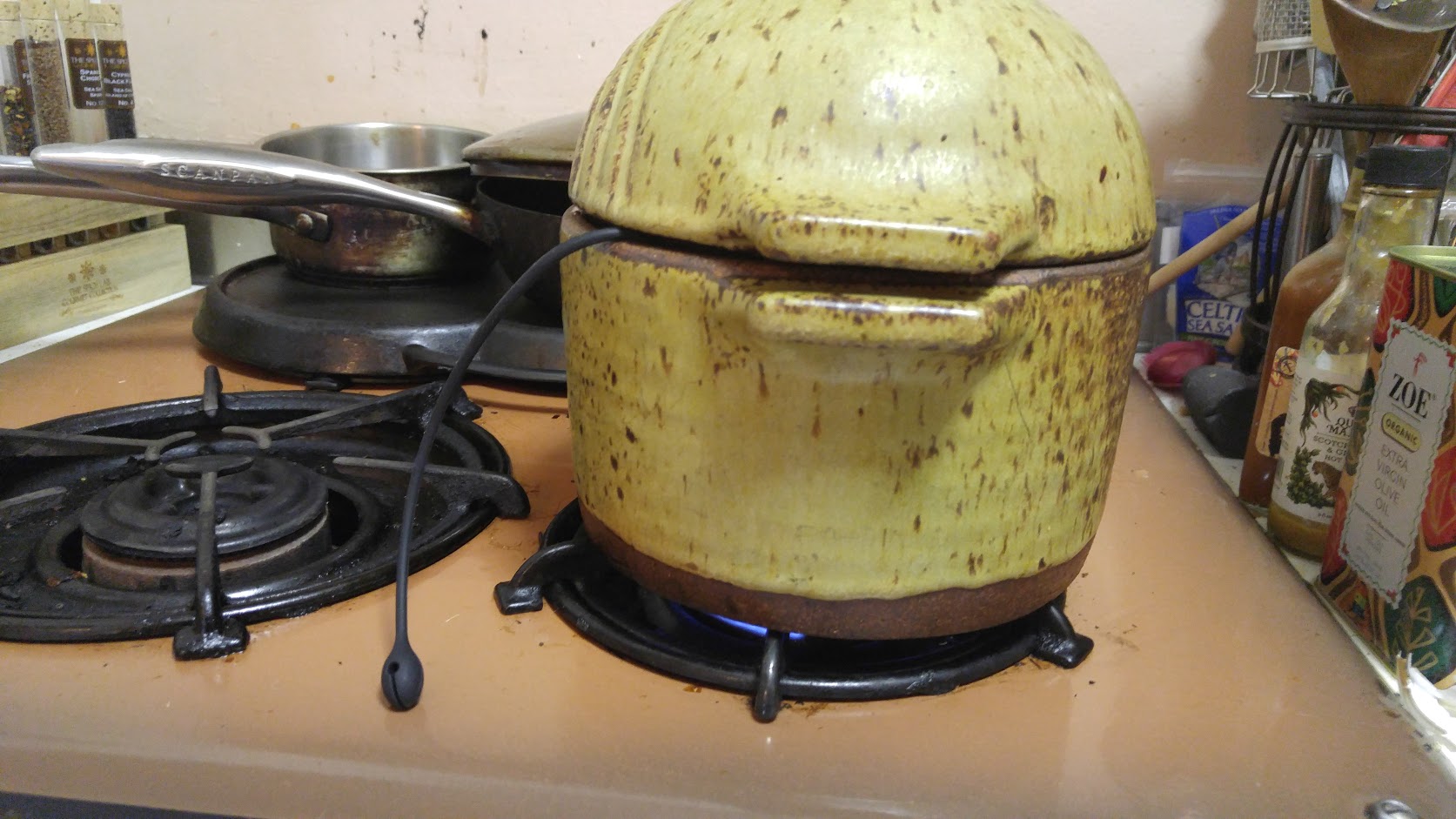 After nearly two hours of infusing between the stock stage and the soup stage, the soup was as fragrant as I could possibly have desired. And I devoured it with no hesitation, since I knew I wasn’t going to have an unexpected encounter with something inedible. 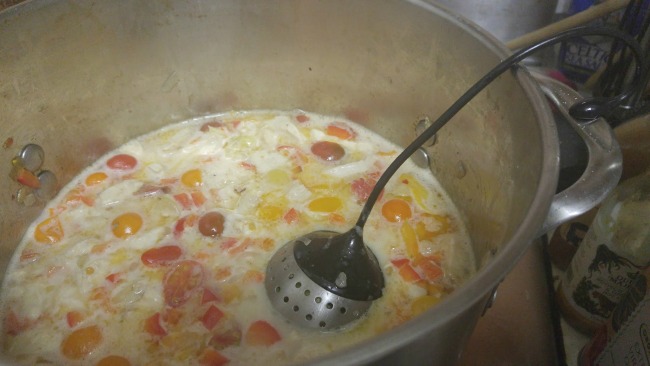 My first outing with both the Stainless Steel Produce Keeper and the Soup Pot Flavor Infuser was a huge success. Since the produce keeper is now keeping some thyme fresh for me, there will be a second outing soon, most likely involving potatoes. It’s going to be a fresh and flavorful season! 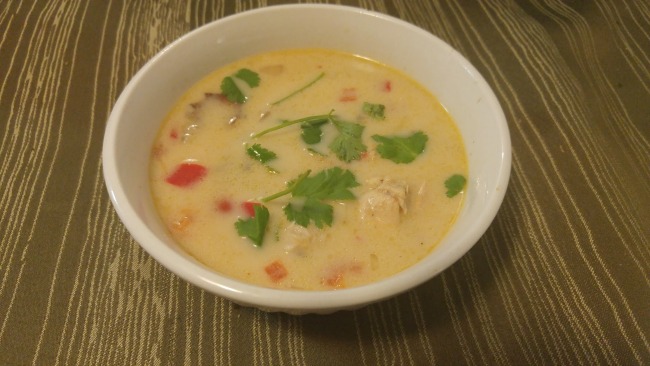 Travel Gifts Any Wanderluster Will Love