Gift Lab: Are These Unbreakable Cocktail Glasses the Real Deal? 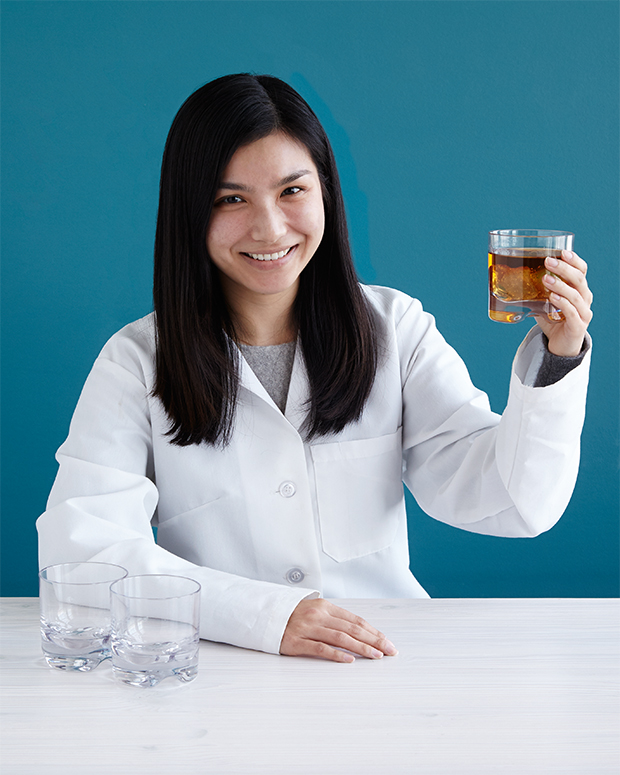 When I first came across our new unbreakable cocktail glasses (which are advertised as chip, crack, and breakage resistant) I was pretty skeptical. Any type of drinkware, especially the lowball cocktail glass, is usually so delicate it’s almost made to be broken. Cleaning up a broken glass might not be fun, but deliberately shattering glass is pretty satisfying. Intentionally breaking something you’re not suppose to is also pretty entertaining, so I’m sure you can understand my excitement when I set out to test these indestructible drinking glasses.

Initially, I thought these were your run-of-the-mill plastic wine glasses. Surely they would crack under pressure. A bit of research told me they’re not typical plastic at all.  They’re actually produced with BPA-free co-polyester, otherwise known as Tritan plastic. This type of resin is known for its impact resistant qualities and great clarity. I also found this amazing video testing the breakability (more like UN-breakability) of Tritan plastic! 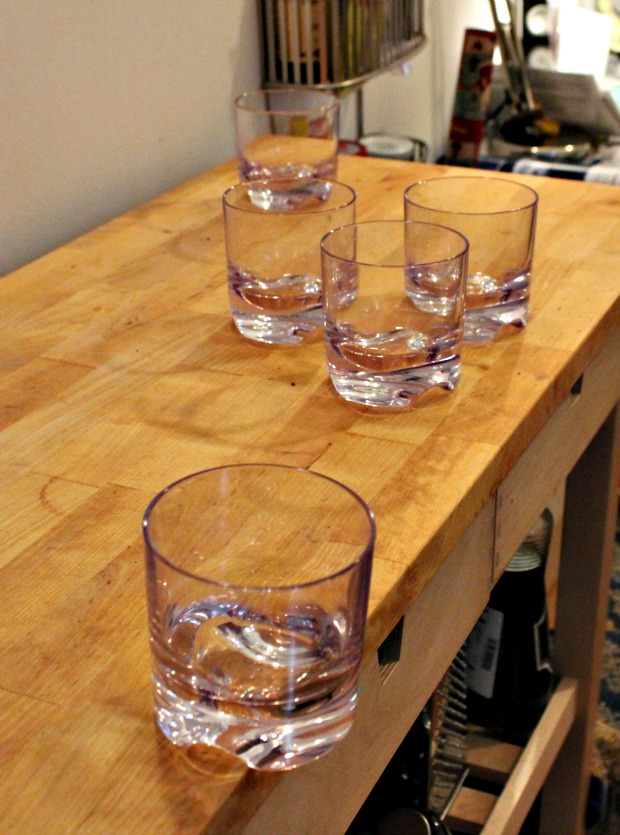 I was surprised by how glass-like these actually looked. Unlike your average plastic tumbler, these had the look and feel of elegant barware you could actually serve guests with.The material is crystal clear and I couldn’t tell they weren’t really glass ’til I picked one up. On first impression, I loved the look and feel of the product and thought they were a really attractive alternative to traditional glass or acrylic drinkware.

Having watched a clip of these glasses being tested, I was pretty sure they would hold up to being dropped. However, I was still curious to see if they would crack or scratch when thrown at great speed and distance. I also thought they might crack if a lot of pressure or weight was applied; after all, an unbreakable glassware without flaws is pretty hard to come by. 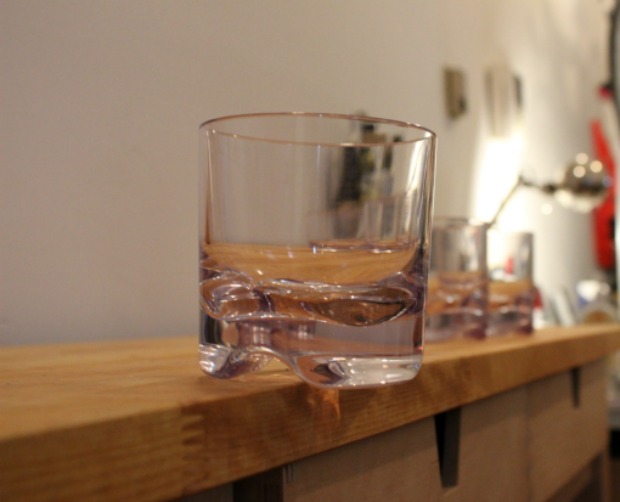 I decided to test these unbreakable short tumblers a few ways. I would mimic real life scenarios in which cocktail glasses usually break and also try some slightly more unconventional tests to see just how strong they were.

First, I tried the classic “elbow nudge” which sadly ends the life of many beloved cocktail glasses at every party. This exact situation happens all too often.

The unbreakable glass defiantly took this is stride, it almost bounced back up when it hit my wood floor. Not a scratch or crack was found!

I generally break most of my nice glassware when washing by hand so I needed to test this scenario as well. I washed one of the glasses in the sink and placed another near to my elbow. I then proceeded to knock over the glass next my arm and drop the one I was holding in my slippery gloves. 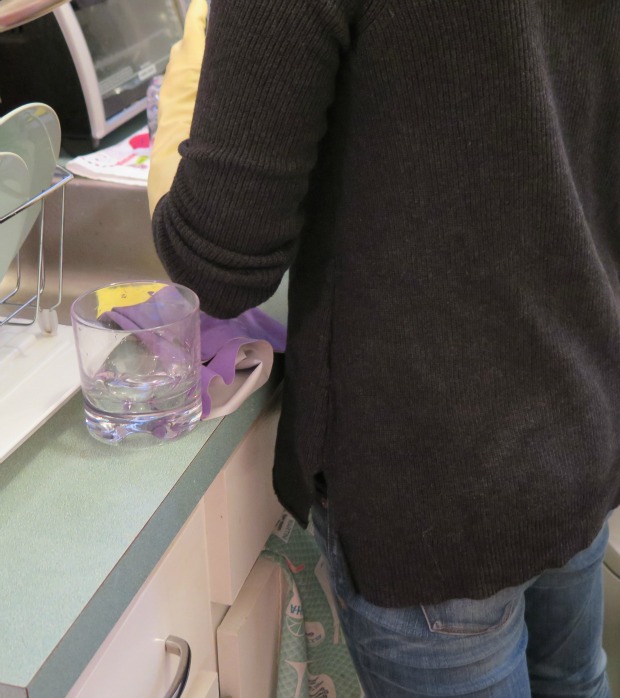 Again, I was pretty impressed with the glasses. One of the glasses dropped right on the rim but nothing cracked. The sound these made when they fell on my title kitchen floor was surprisingly soft, no loud glass shattering to be heard.

Now that I knew these glasses could handle being dropped, I decided to throw one at my steel door to see if the force would break it. I was also excited to be throwing a drinking glass, so I really put some force behind it.

The tumbler bounced off the door upon impact and dropped to the ground rolling just a bit. Not only was the glass not chipped or broken, it was still as crystal clear as when it came out of the box! I took a closer look at the glass and there were a few scuff marks on the side but I had to take a very close look to see them.

I wasn’t about to give up. My last test was devised to finally break this thing. I placed the glass with the drinking rim down on the floor and stood on it with my full weight and then jumped on it as well. 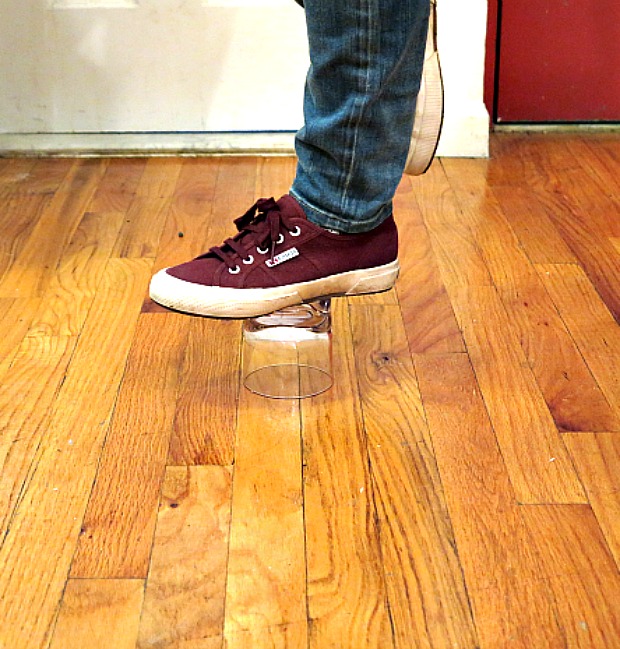 Nothing happened. Not a single crack was seen anywhere. Alas, these glasses really are indestructible. You would need a very heavy object with great impact to break these. I later found out  that these glasses are made to withstand the weight of a car!

I enjoyed trying to break these unbreakable drinking glasses, but at the end of the day I was thoroughly impressed by their strength and resistance. I love that they look like the real thing and they function perfectly as outdoor drinkware that you won’t be scared to use on the patio with hard surfaces. 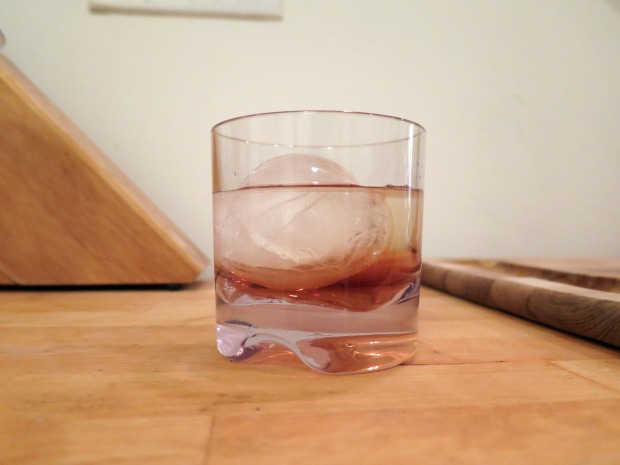 These have a good heft without being too heavy. My only complaint is that they don’t clink so you won’t be able to propose a toast in the traditional sense, but it’s totally worth it to tap glasses without fear of chipping a rim. In the end, I had fun trying to destroy the indestructible, but I decided the best way to enjoy these beautiful glasses is just to pour a drink!

Yvette is an SEO Specialist at UncommonGoods. She likes jewelry, loves cats, and has a dog.

Inside the Artist’s Studiowith Vedat Ulgen