Gift Lab: Does Beer Make Everything Better? (Even Pretzels and Mustard?) 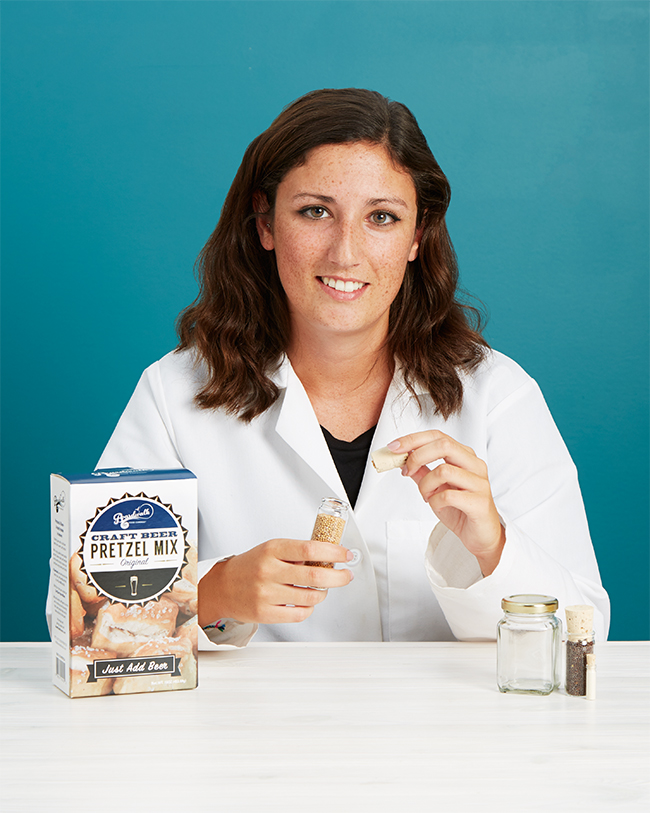 I’ve always been a fan of pretzels. From your standard UTZ variety, which were often packed away in ZipLocs in my elementary school lunches, to the inimitable Auntie Anne’s (cinnamon, obviously) which have suckered me in at shopping malls and train stations alike, I’ve loved ‘em all. Something about fall makes pretzels seem like especially appropriate snacks, and I’ve been craving them as the air has gotten chillier. Maybe my small sliver of German ancestry has me feeling some lingering Oktoberfest vibes all the way on Long Island – in which case, this experiment is all the better, since it involves a fair amount of beer. I’ll be using the Craft Beer Pretzel Mix as well as the Make Your Own Mustard Kit, which also calls for beer as an ingredient, because what goes better with beer pretzels than beer mustard? I’m hungry. Let’s try it. 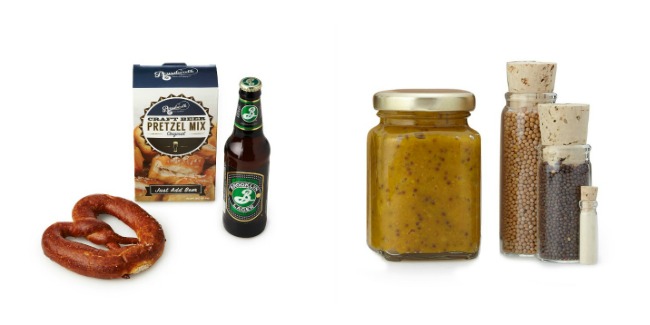 Craft Beer Pretzel Mix and Make Your Own Mustard Kit

Beer will make everything better, including homemade pretzels and mustard. 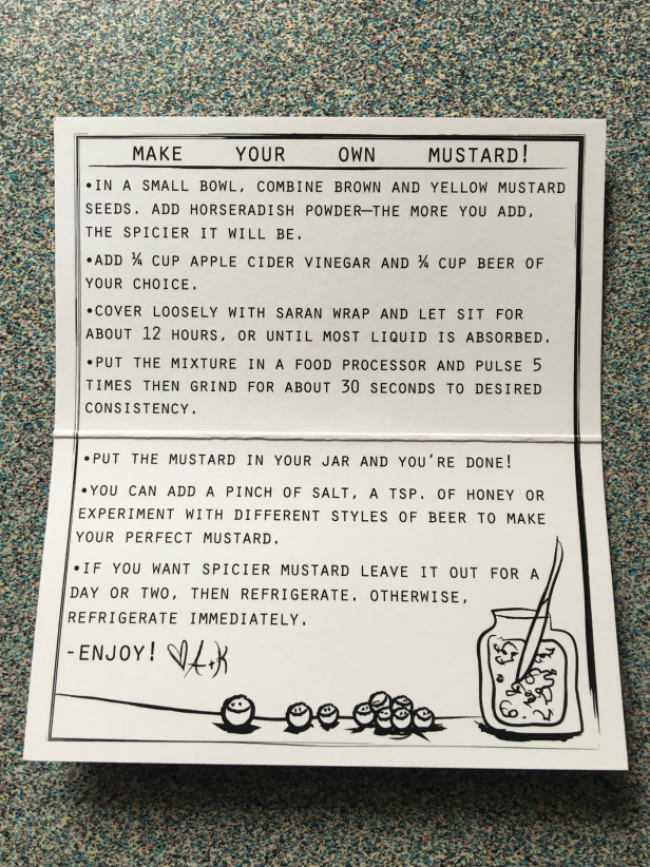 As a former teacher, I am not shy in saying (screaming): ALWAYS READ THE INSTRUCTIONS! I’m glad I did, because I realized that the mustard takes a bit of time to prepare, as it needs to sit for in the fridge for 12 hours and then go in a food processor and stuff before it’s ready. So kids, if you’re going to try this at home, prepare to prepare the mustard ahead of yer pretzels. Look at the cute little jars that come in the kit! 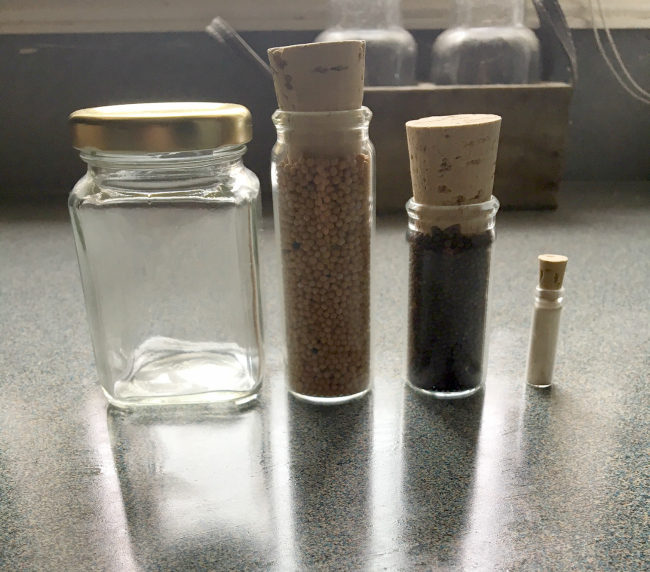 Luckily, the instructions were very simple. First, you take the two kinds of mustard seed out of the cute little jars and dump them into a bowl. Then, you add in horseradish powder to your liking. The instructions say the more you add, the spicier your mustard will be. I put in about half to be safe. 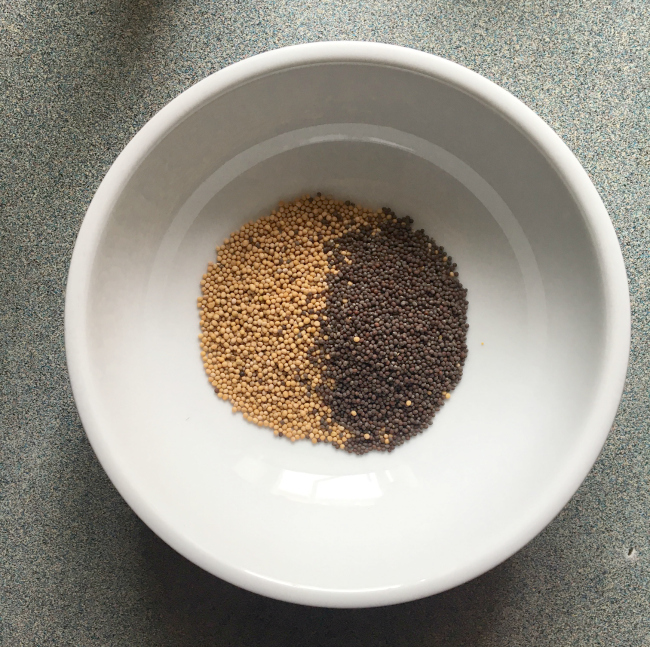 Then, you get to add in some other fun stuff, like apple cider vinegar (which is not as delicious as regular ol’ apple cider but apparently is super good for you), and of course, beer! I decided to pay homage to UG’s home in Brooklyn and chose Brooklyn Lager. The instructions aren’t specific when it comes to your beer preference, so pick whichever you please.

After the seeds and powder and vinegar and beer were all cozy in the bowl, I tucked ‘em in (loosely, as per the instructions) with plastic wrap and stuck the mixture in the fridge. 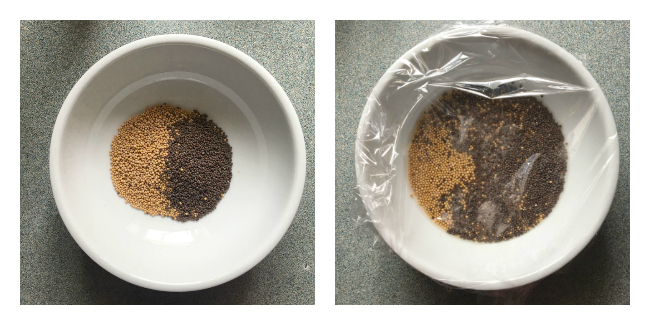 Just a note: you only use ¼ of a cup of beer for this, which is, evidently, not a whole bottle. I happened to be making this mustard masterpiece at 11 AM and was left with this much beer, which I then slowly drank while watching Sunday morning news talk shows and avoiding a judge-y side eye from my dog: 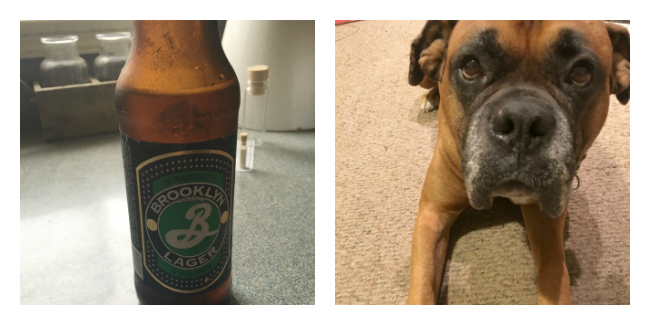 The instructions say to keep it in the fridge for 12 hours, or until “most of the liquid is absorbed.” I checked on it periodically throughout the day, and at the official 12-hour mark used my judgment and decided that “most” liquid had not yet soaked in. I left it in the fridge overnight and in the morning it looked about the same, so I figured that was the best it would get, absorption-wise. The next step is to pour the mixture into a food processor (I have this tiny chopper thing called the Ninja), pulse 5 times, and then grind for at least 30 seconds to get the mustard to a consistency you like. 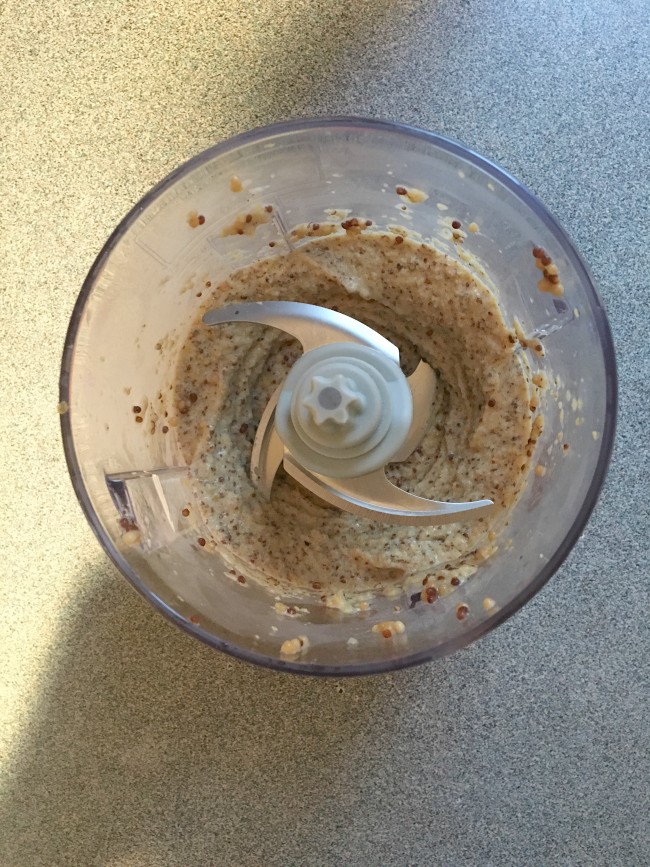 Then, you get to use the cutest jar of all, the one which displays all of your hard work, and you’re done! Next comes the pretzels. 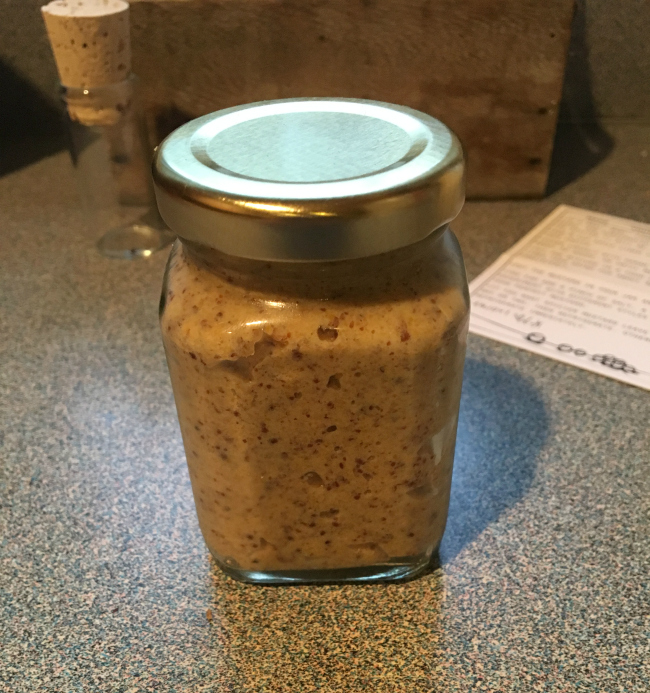 So, a few days after my mustard was ready, I decided to take on the pretzel challenge. Again, I carefully read the instructions and was relieved to see that I was “only 30 minutes away from soft golden-brown pretzels!” Sounds good to me. In the box you get a package of mix and a package of salt. You’ll also need beer, baking soda, butter, flour, and a baking sheet. The first step is simple: pour the mix and 6 oz of beer in a bowl and stir. The box literally said “it’s all good” when it comes to choosing your beer, so I opted for consistency and used Brooklyn Lager again.

Once it’s all mixed together, you end up with a ball of dough which you are then to knead for 5-7 minutes. Full disclosure: I YouTubed how to knead dough. I am such an amateur. I think I learned how once at a friend’s make-your-own-pizza party in like, third grade, but despite that preparation I didn’t have the confidence I kneaded. (Sorry.) This is the video I used if you want a nice lady to describe the process to you in calm, soothing tones, too.

“Is my dough ball supposed to look like a malformed brain?” I wondered.

After 5-7 minutes of kneading, which actually felt like a pretty sweet upper arm work-out, you portion the dough into 6 equal sections. Then you roll those sections into tubes, and cut each tube into 6 equal sections. You’re making pretzel nuggets, or bites, not the full-on twisted deal, which makes it a little less intimidating. 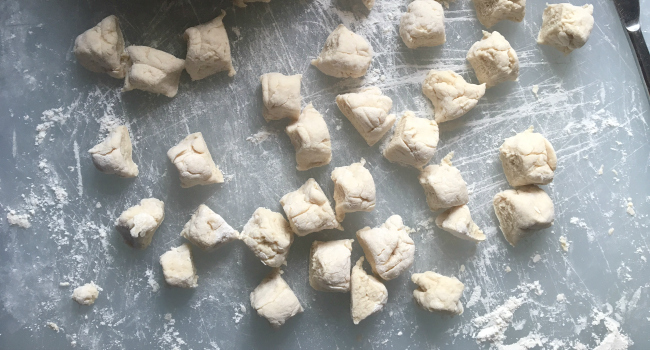 Then you dunk the niblets (nuggets, bites, small sections of lightly floured pretzel dough) into a pot of simmering baking soda water. Once they float to the surface, they’re ready to be drained and placed on a greased up baking sheet and stuck in the oven. I baked them for about 6 minutes, then rotated the tray and baked for another 6. at which point they looked like this: 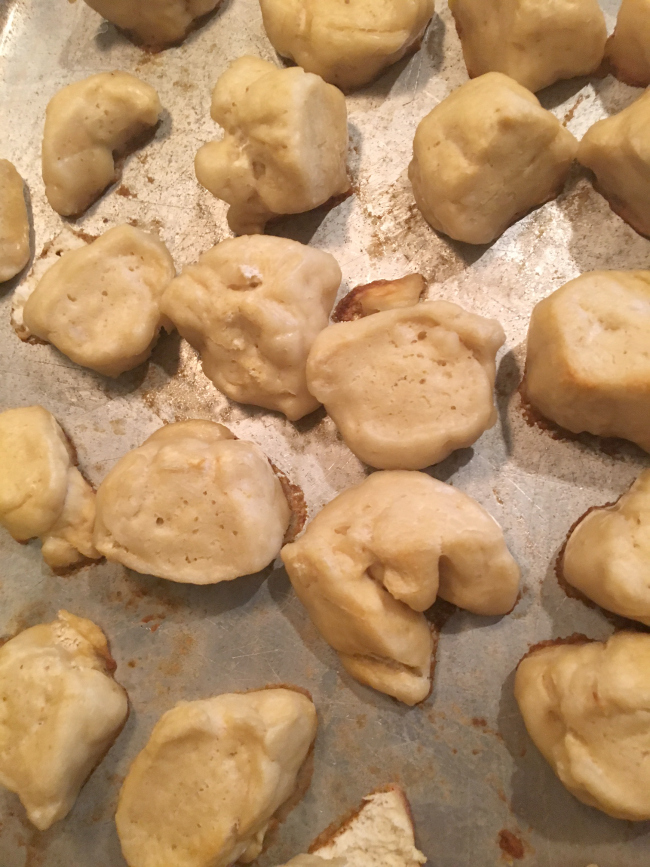 The bites struck me as half-baked – not the delicious golden-brown I was hoping to see. I had to set my natural inclination to follow instructions aside for the pretzels’ sake. I figured they probably weren’t quite ready mostly because my oven is terrible, not because the instructions were incorrect. I brushed on melted butter, sprinkled on some salt and stuck the nuggets back in the oven for a few more minutes. 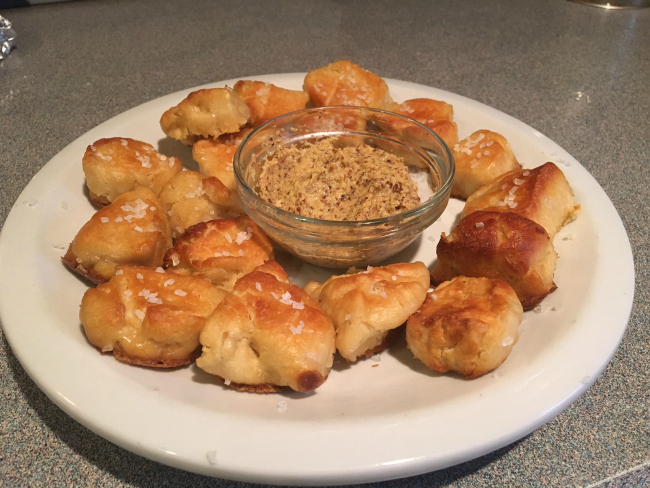 Golden-brown! Phew. I retrieved my adorable mustard jar and put this set-up together. Upon trying them both, I was pleasantly surprised. I was worried my amateur kneading skills and lack of knowledge about fancy mustard might yield disappointing results, but the pretzels were soft and chewy and buttery and nice, and the mustard made for a satisfying dip. Note: my mustard ended up being really spicy, which is cool with me, but if that would not be as cool with you, go really easy on the horseradish powder. 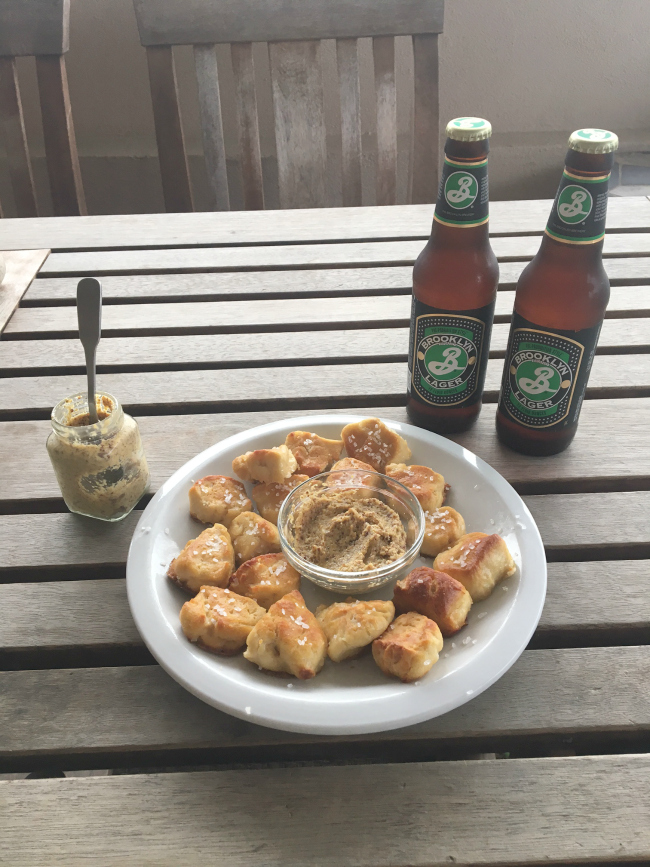 After this experiment I cannot firmly say that beer makes everything better, but it did make a standard snack idea a bit more interesting and also gave me a weird excuse to drink 3/4 of a beer on a Sunday morning. Both the pretzel and mustard kits were really easy to use, even for a kitchen-avoider like me, and the final product makes a great fall snack for Football Sunday*, or if you’re more like me, Project Runway Thursday.

*I have tested this snack out on both my dad and boyfriend (sports-viewers) and have confirmed it is indeed an appropriate treat for consumption during football games.

10 Easy to Grow Succulents for Every Home [Infographic]