Round Up the Kindling and Light Up the Campfire Candle 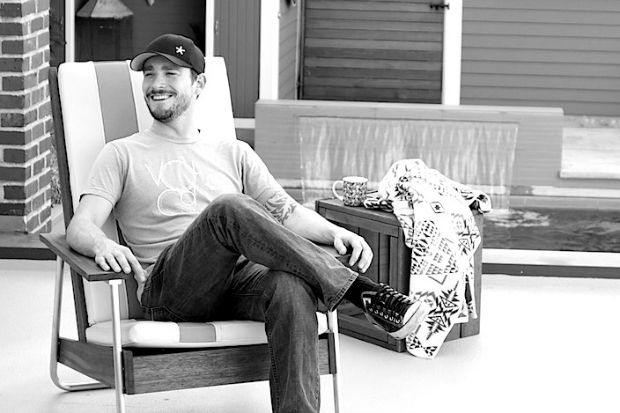 “It’s the remarkable natural beauty that surrounds us, combined with the creative culture of Portland, that drives my design aesthetic.” 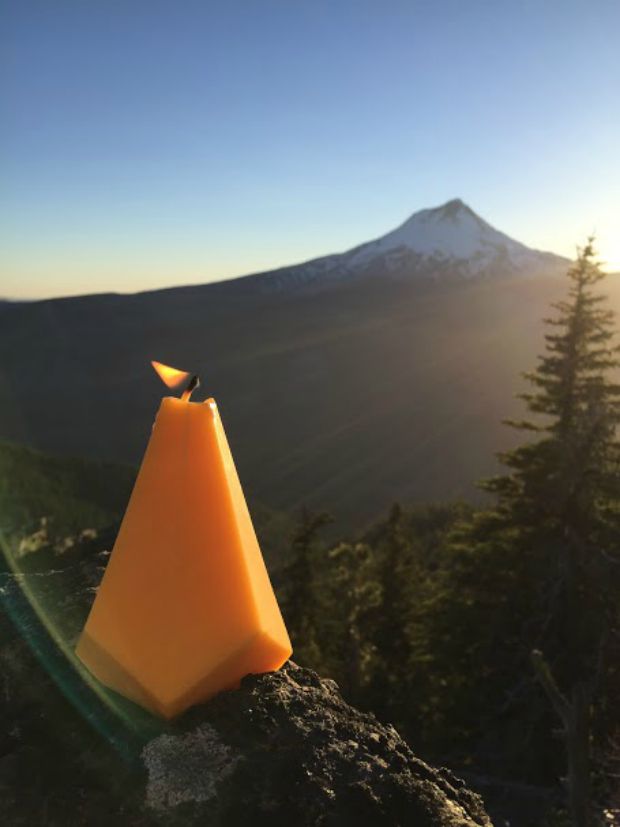 Joe is the main creative force behind Revolution Design House, a small maker-space in Portland, Oregon, where he and his business partner Dylan craft handmade home furniture and accessories. It’s easy to see his nature-meets-modern-design mantra manifest in some of his most popular designs – first with the runaway success of his Boxcar Planter, and most recently with the way cool Campfire Candle. 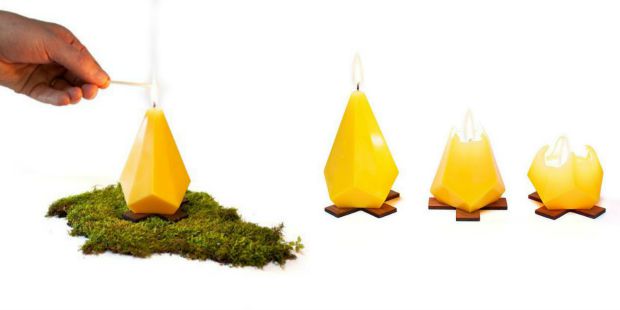 He refers to his innovation of the candle as a “happy accident” – probably along the same lines as the first Homo erectus to innovate the campfire campfire . It was after the Boxcar Planter process that Joe honed in on his design philosophy – “exploration and investigation with no expectations” – but the spark was truly lit after Joe tinkered with X-ACTO knife and geometric shapes during an intensive 3-hour workshop on 3D form he and Dylan teach through Oregon College of Art and Craft. 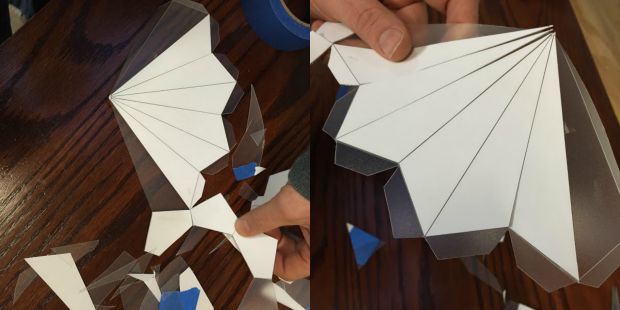 “The idea of the workshop is to let go of expectations and to begin manipulating the shapes into more unique objects, not by pre-determining the shape but by responding to what is right in front of them,” Joe says. He assembled a simple form almost on impulse and took it home to contemplate what it could be. “A candle seemed be a natural fit since the forms I were making were hollow cavities,” says Joe. It was later that night – over a few beers with his team – that his wintertime longing for a camping trip spontaneously inspired the campfire candle. 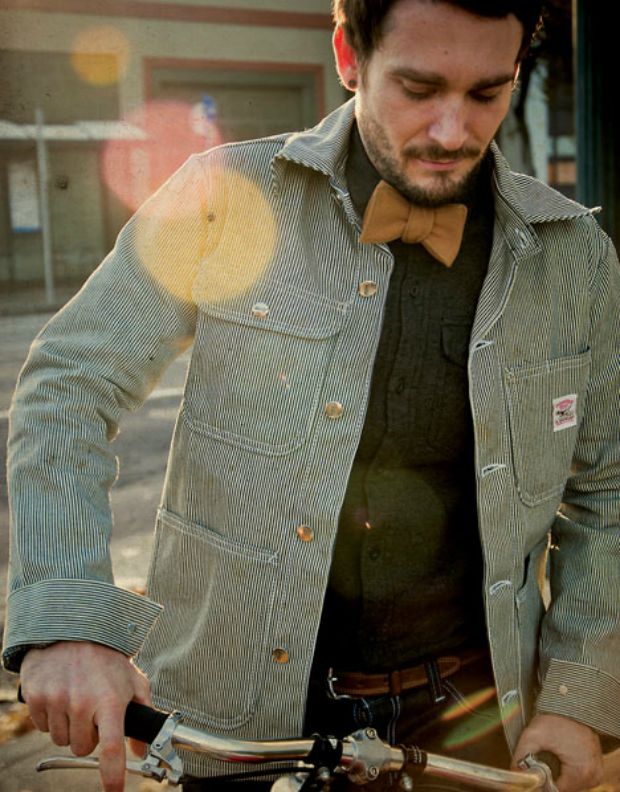 Joe perfected the design to be “an amalgam of a long-established, traditional candle-making process with a modern design twist;” he uses old-school techniques alongside a sleek, geometric form.

“I honestly assumed it was going to be an easy, no-brainer. I was wrong! Candles seem really simple, but the science of the wax and wick are tricky. Candle making is truly an equal ratio of science and art; everything matters, from the size of the wick to the shape of the candle and everything in between.”

Despite having some serious metal and woodworking experience under his belt, working with wax initially went a bit against the grain for Joe: “I knew very little in traditional candle making, so I did quite a bit of research and tons of prototyping.” To melt the wax for the candles, Gibson jury-rigged some slow-cookers, which he still uses to this day. The wax is poured into two-piece silicon molds and cooled. 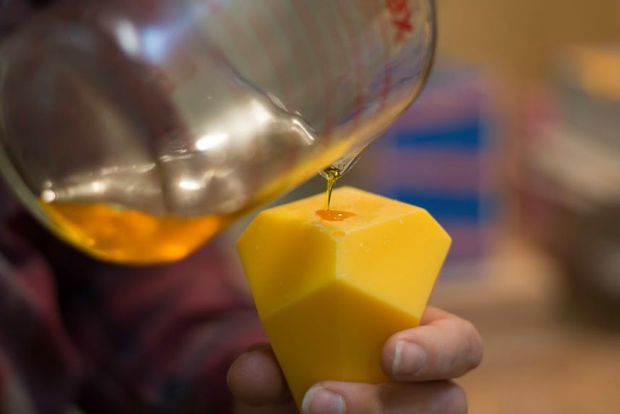 This process is called ‘gravity casting’ – “the concept is rather straightforward, and surprisingly, we’ve been able to manufacture quite a lot of candles here in our shop.” 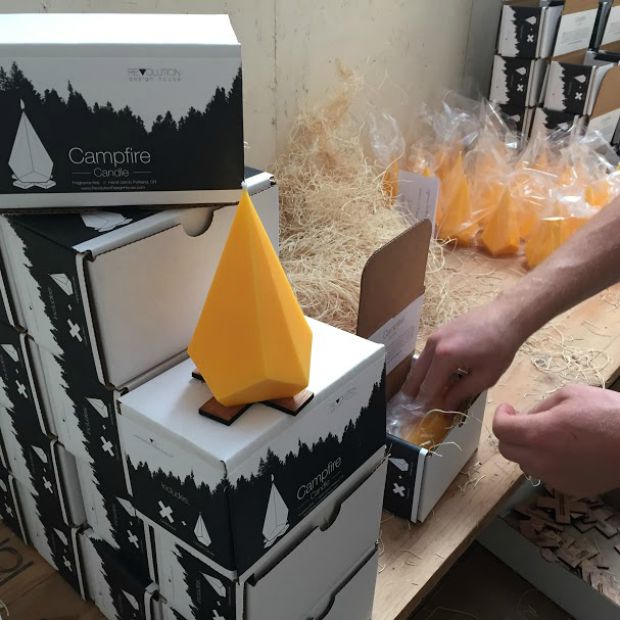 It’s likely that Portland, Oregon will continue to kindle the flame of Gibson’s creativity for some time. He moved to the Pacific Northwest in 2004 to attend Oregon College of Art and Craft, where he graduated with a double major in Wood and Metals: “My plan was to move back to San Diego once I finished with school, but after a year of being here I knew the Pacific Northwest was the place for me. The creative energy and natural beauty were just too strong, and after five years of school, I jumped right into being a full-time maker.” 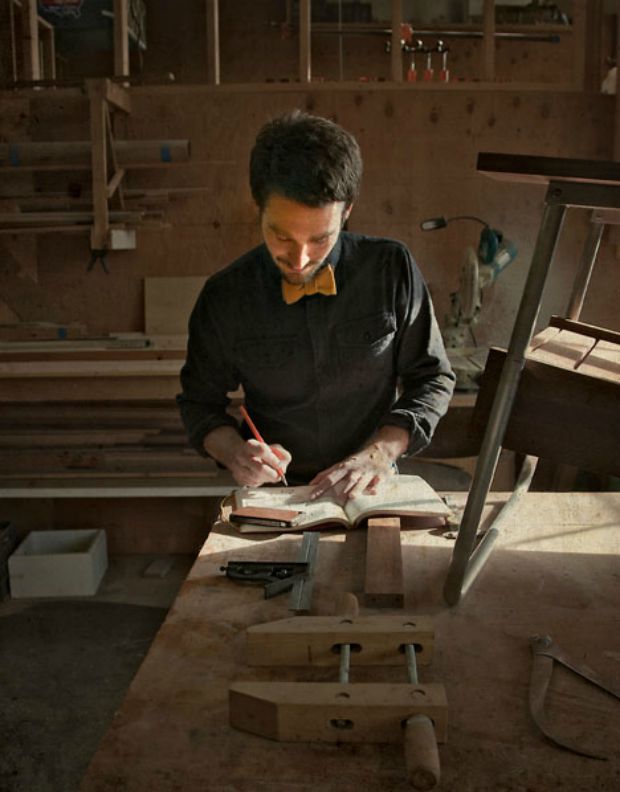 “Portland in general is a great place for creative folks to do their ‘thing.’ It nurtures craft in every aspect. We pride ourselves on craft brew to craft bikes and even the craft of sea salt!”

Maybe you don’t live in an area with easy access to grounds for tents and trails, or maybe you’re just trying to stave off the compulsion to get a fire going and roast marshmallows on your living room floor; either way, Gibson’s candle serves as a beacon of the great outdoors, the Pacific, Northwest, and the creative community of Portland no matter where you light the wick.

Uncommon Knowledge: Could You Turn Into A Slice Of Pizza?