Inside the Artist’s Studio with Nils Wessell 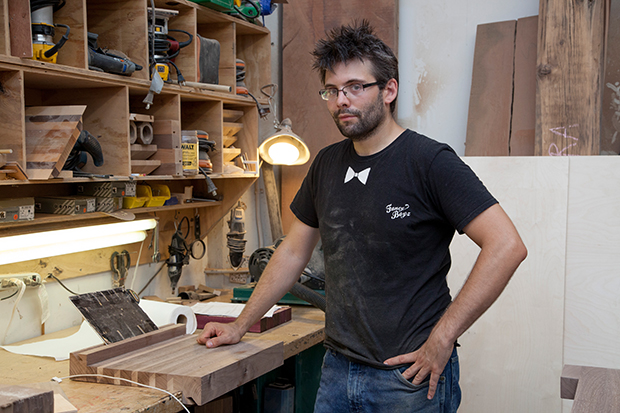 Nils in his Brooklyn woodshop, photos by Rachel Orlow

Nils Wessell is the creator of our Tablet Holding Cutting Board , an innovative design that allows cooks to easily prep ingredients with their electronic tablets ready and enabled right in front of them. While heirloom cookbooks are becoming a thing of the past, Nils’ cutting boards are beautifully crafted and sturdily constructed, meaning they bring a dose of tactile beauty to cooking in the electronic age.

When I first read our This Just In-spiration interview with the Brooklyn-based designer and woodworker, I got the impression that he’s not only a talented craftsman, but also someone who is truly passionate, not only about his own craft, but also about art across a broad spectrum. When I learned that his woodshop is located in nearby Industry City, I knew I had to pay him a visit to learn more about his thoughts on the pursuit of creativity and the challenges (and rewards) that come with balancing art and business.

Once in Nils’ creative space, I saw work, experimentation, knowledge, and–at the risk of sounding a little cheesy here–the magic in the sawdust all around me. Nils’ studio is a mix of books, designs in the prototype phase, power tools, and exquisitely crafted cutting boards in different stages of production. Read on to see some of these works in progress, hand tools and heavy machinery, and our interview with Nils. 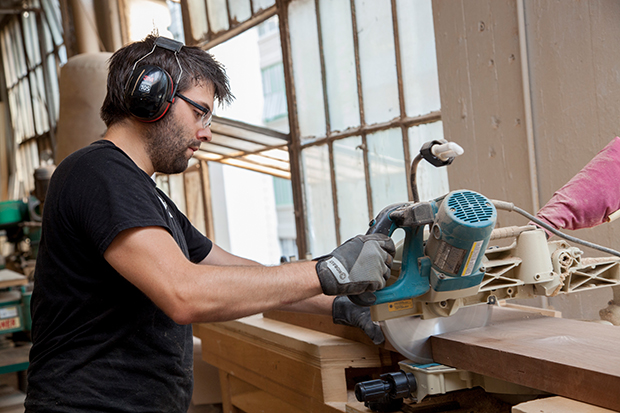 First and foremost is using the ole noggin. This might seem like a mundane non-answer, but truly, I can’t stress enough how important it is to think through your steps, your costs, your time, and most importantly, your design. And it isn’t all planning, sometimes it’s intuition. I have a small wall dedicated as a blackboard and it’s a great way to jot down ideas in a way that has a lot of presence in the room.

In terms of machinery, easily our Festool 6” Rotex Sander and our Glue Line Rip blade have been critical. I do so much sanding while working with wood, and the Rotex Sander has increased quality and speed so much, because it uses a different mechanism than your normal handheld sanders. Festool is a fantastic company. The Glue Line Rip blade is simple, but was such a vast improvement from a production standpoint. Traditionally, you’d have to cut a board to size and then surface the cut you just made on a jointer so that it would be ready to accept glue. The glue line rip blade cleans up the surface as you cut. Plus, because it is faster to use than a jointer, it means less waste. 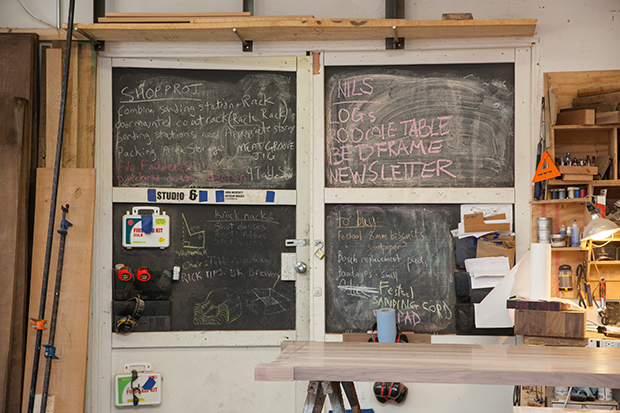 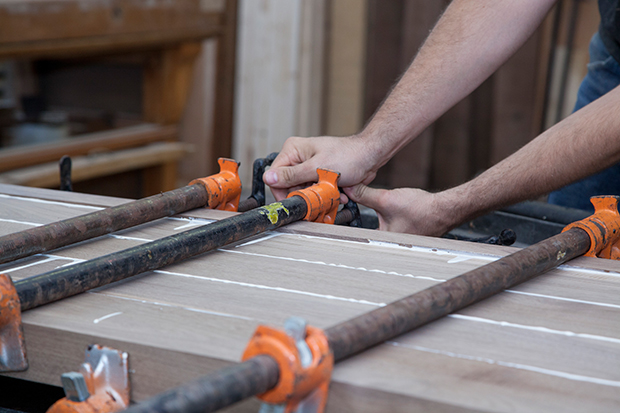 Where do you find inspiration in your workspace?

If I’m looking for inspiration at the shop, I do one of a few things. I’ll draw down the saw blade on the table saw, lie down on the flat table, and look at the ceiling. Usually I’m thinking about geometric shapes, concepts about uniformity and regularity, and the aesthetics of architecture. Another option is to wander over to the library I keep in our shop and take a look through one of many design books. Wharton Esherick, an amazing woodworker who is as much an artist as a furniture maker, is probably a good go to. That or my book of 100 chairs, which I’ll read while sitting in my waterfall chair, to put myself in the mindset. 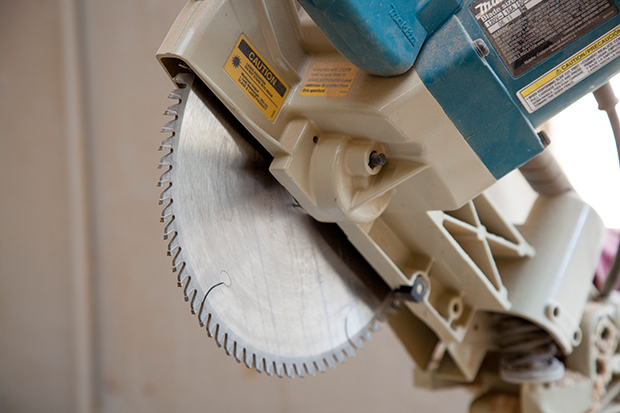 Where does downtime fit into a day in the studio?

In a certain respect, I don’t really believe in downtime. You’re either busy or you’re busier. We’re generally pretty busy with production during any week of the year, but August is one of our few slow months, so during this time, I’m working on highly custom projects and designing new ones. I think this month I’ve designed a total of six new products? Maybe seven? Many of them are ongoing, it’s hard for me to feel that a design is perfect. Sometimes you just have to put it out there, and see if customers like it.

What was the toughest lesson you learned as a young designer starting a business?

Learning how to balance your creative impulses with your aspirations for growth. My academic background was art, and I think there’s a subtle and implicit mantra that the focus is on the artist, not the viewer. Artists have tried to reconcile this by finding ways to involve the audience, but it isn’t the same. That market always brings it back to its “artist-centric” roots. Even with a conceptual piece that might require the viewer to do something to make the piece simply exist, the “art-idea” is still credited to the artist. To me, business is about the customer; it’s about bringing people together. Plus, with business, there’s you and then there’s the business. The business is its own entity, and you have a degree of separation, whereas as an artist, your name is almost always 100 percent your brand. I certainly am a large part of Brooklyn Butcher Blocks as a company, but it’s still different, I think.

The rise of the “creative class” has seen those who are creatively inclined try to pursue those aspirations in the free-market. You’re between two worlds and you learn to make them work harmoniously. 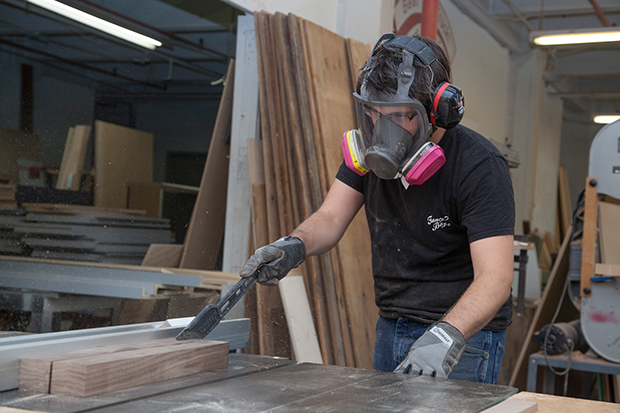 What advice would you offer the you of 5 years ago?

Jump in. I was waiting a couple years to go full time, and I wish I had done so earlier. There were definitely some benefits to holding back, but I think I ultimately did so for the wrong reasons, like fear of failure (but who’s ever afraid of that, right?). Waiting may have also helped me out a bit though too. I’ve grown a lot in five years, so I wouldn’t trade that for anything.

How do you set goals for yourself?

In terms of production, a job will come along that’s seemingly a little beyond our ability, so I pause, reflect, and usually end up doubling our efforts to make it happen. Creatively, I like to set challenges to myself such as “how do I make a chair with only one leg to create one sweeping motion?” Or, “how can I make a chair perfectly symmetrical so it’s the same right-side up as upside down?” Usually, I like to think about how to reduce the elements of something–think of it as distilling design to fundamental essence. You’re whittling it down to its truest properties. 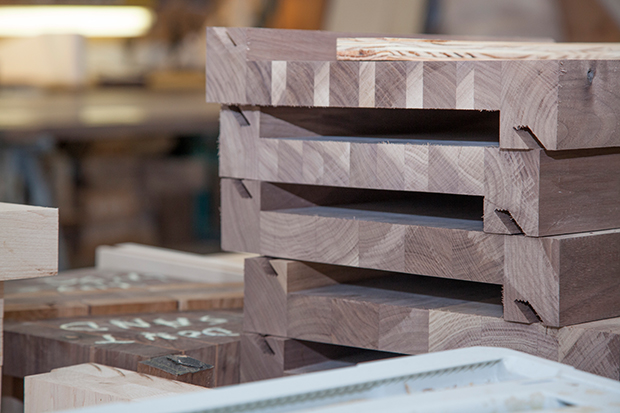 How and when do you decide to celebrate a victory?

Victory sounds like a word meant for battle. Well, we don’t maraud. It’s against company policy. In all seriousness, however, when we’ve finished a large project, or maybe just happened to make a deadline, I try to take some time. I like to sit in one of our custom chairs with a glass of whiskey (lately I’ve been favoring Japanese) while contemplating the industrial shoreside of New Jersey in the distance, with my eyes squinted and a small smile across my face as the wind blows past… thinking about all that awaits Brooklyn Butcher Blocks in the coming years. I really wish this were hyperbole. 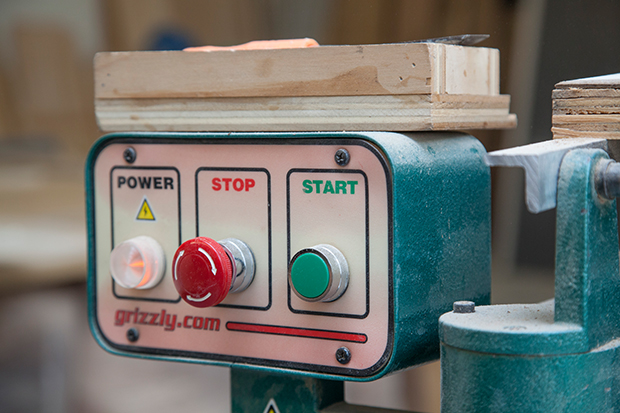 What quote keeps you motivated? What does that quote mean to you?

While I can’t deny that we’re part of the surging creative class that’s so ever-present in Brooklyn’s renaissance, that shouldn’t be what’s really important to me or the company. We’re not trying to make the most “Brooklyn” cutting board ever. We’re trying to make the best cutting board on the globe, throughout time, no exceptions. I don’t want to be the best in the neighborhood, I want to go leagues further and I think this quote speaks to that. Make something good, not something fashionable. 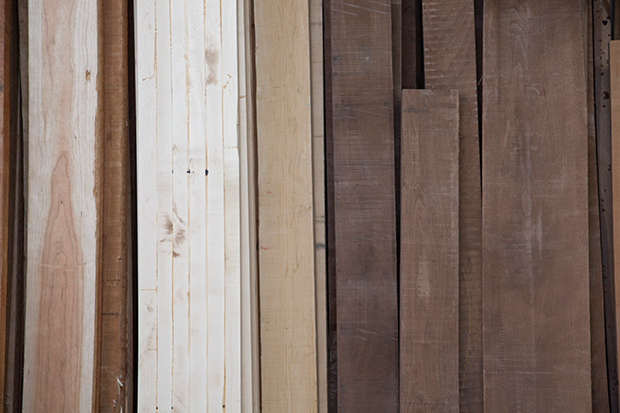 What are some new skills you are trying to acquire to perfect your craft?

Long term, we’ll offer CNC and laser engraving services, but what we are currently most excited about is that we’re expanding our shop’s method of manufacturing to include steam bending and fractal wood burning. Fractal wood burning is conceptually interesting because it adds an element of chance to the final product. It’s sort of the anti-laser engraving, where you can chose your design down to the last pixel on a computer. Instead, you accept what chaos gives you; maybe a small change in the grain alters how the burn turns out. 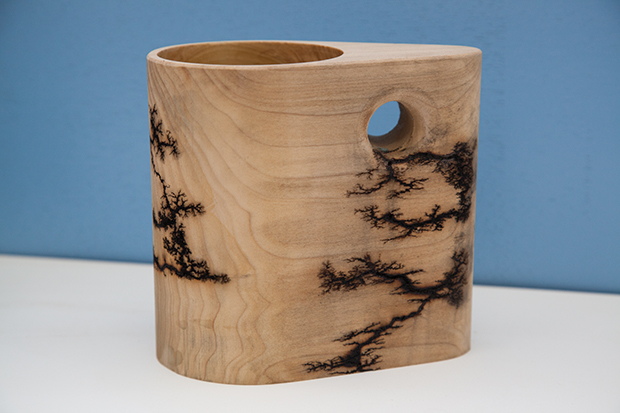 Uncommon Knowledge: Why Do We “Throw” Pots?