Inspired and entranced by the breathtaking splendor of outer space, Ali Bennaim and Ximena Chouza bring the marvels of the universe down to Earth in the form of interstellar accessories. The makers met while attending Parsons the New School for Design in New York and bonded over their captivation with the cosmos and their passion for fashion. Although Ali is from Caracas, Venezuela, and Ximena is from Mexico City, after graduating they set up shop in Brooklyn where they design unique textiles that take their cues from the majesty and mystery of the universe. 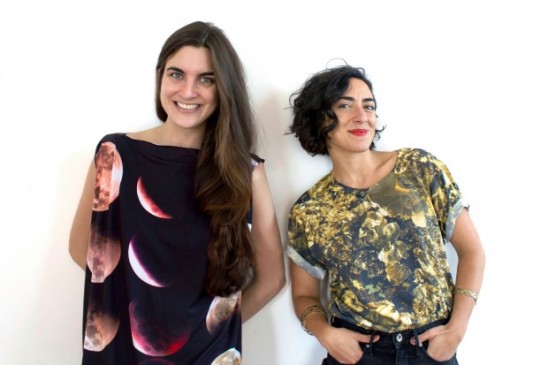 The self-proclaimed “space-crazed” duo explore the vast archive of images captured by NASA’s Hubble Space Telescope. This invaluable astronomical tool orbits outside the distortion of Earth’s atmosphere, capturing high-resolution photographs that have led to many breakthroughs in astrophysics. Some of these luminous shots, such as the phases of the moon, were snapped close to home, while others that capture stellar celestial bodies and vast networks of gas clouds thousands of light years away offer us a deep view into space and time. 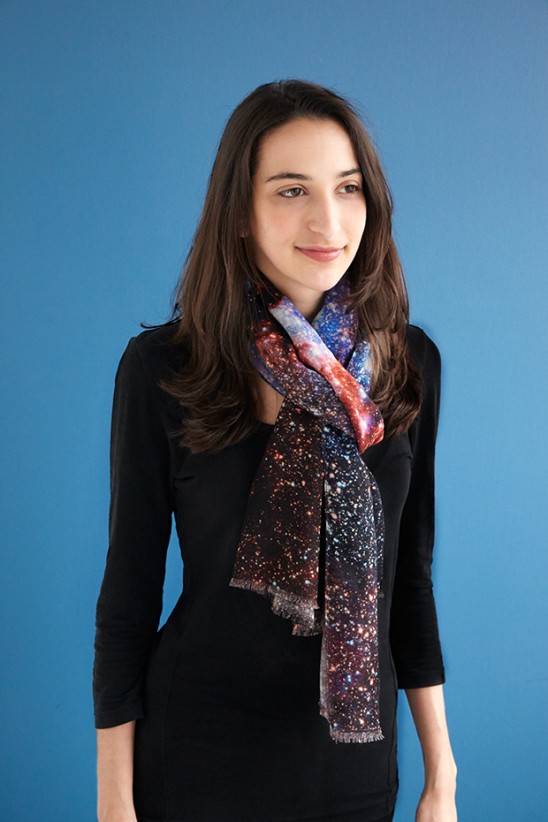 Ali and Ximena say that working with these incredible views of space is the most rewarding part of their process. “These are very special and beautiful images and we are grateful to be able to work with them,” they say. After preparing the photographs digitally for printing, the designers apply the imagery to feather-light wool gauze scarves that are cut and finished by hand.

The starry-eyed pair is committed to sourcing their materials and producing everything in their home base of the Big Apple. “We always make sure that our materials are of the best quality we can get,” they say. “Most people are very impressed by the quality and vibrancy of our prints.” 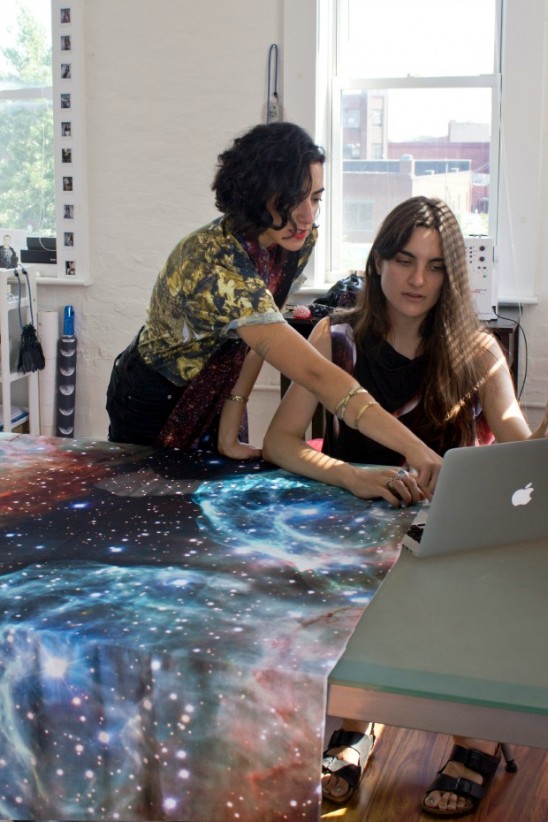 Though they may have lofty ambitions, they also say that they’ll never forget their earthly beginnings and aim to remain environmentally conscious. They employ a waste-saving technique, carefully designing every accessory to make the most of every inch of fabric, leaving next to nothing for the landfill.