5 Beer & Food Pairings That Will Rock Your Summer 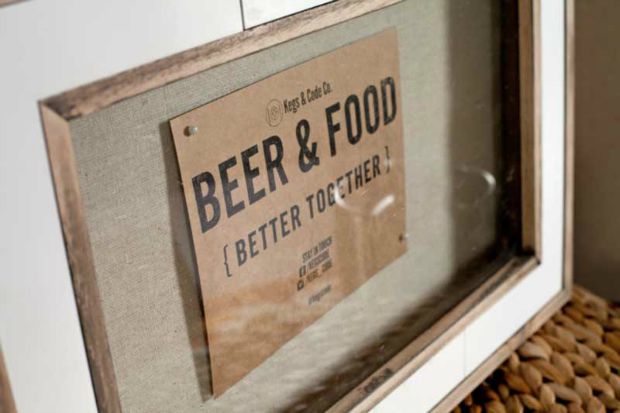 Last summer I created the Home Brew Journal; a journal that brings back the simplicity of logging craft beer recipes with ink and paper. The more I researched about hops, yeast, beer styles and other formulas for the journal, the more I learned about the art of making beer. There is still a lot to learn, but once I started to understand more about beer styles, choosing the right beer for the right meal became a lot easier. 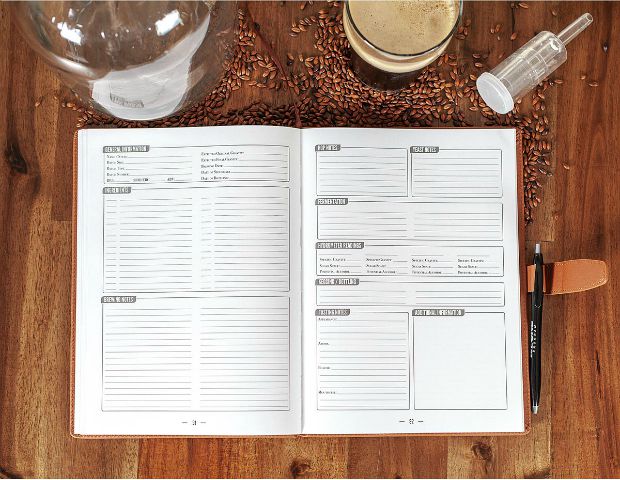 With the number of craft breweries booming around the country, it is safe to say that pairing beer with food is a newer concept than pairing wine with food. Wine and beer are not the same thing so there in no point in comparing them. This is what I know from personal experience; well-crafted beers offer a wide range of truly unique flavors and aromas. Hoppy, malty, fruity, chocolaty, earthy, citrus, sour, the list goes on. America (and the world) has been through a food revolution in the last few decades and the craft beer industry followed by creating unique beer flavors to go alongside the delicious food truck fish taco or a Vietnamese chicken salad. 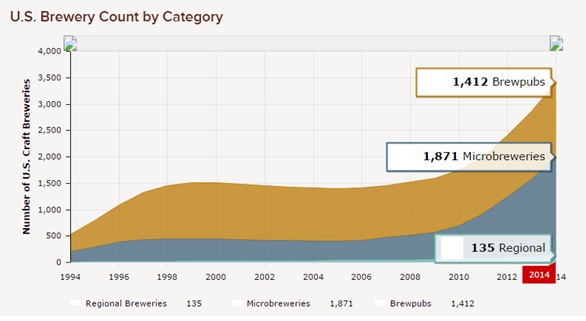 Some brewers understand the ingredients so well that if you close your eyes and just smell the beer, it smells almost like food. I was lucky enough to try a PB&J Brown Ale by Catawba Brewing Co. in North Carolina that literally smelled like the real sandwich. A brew like that definitely has split opinions about it but I loved it. Not to mention the Rogue Sriracha Hot Stout, or their Voodoo Doughnut series (Pretzel Raspberry & Chocolate Ale, Lemon Chiffon Crueller Ale, Bacon Maple Ale.) 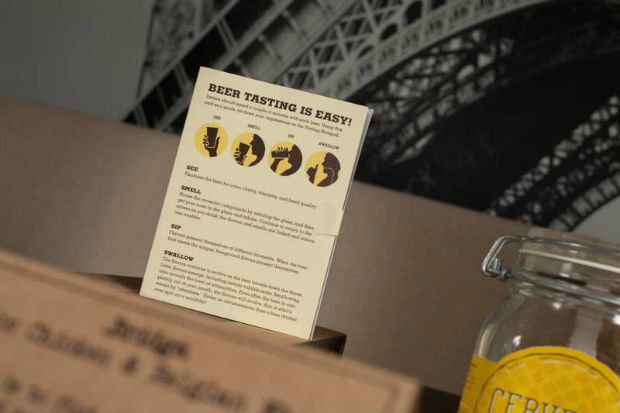 Because of the complexity of each ingredient necessary to make beer, it’s possible to find a beer that will fit your personal preference. Often times than not, flavors and aromas come from the basic ingredients themselves. If you pick up a citrus aroma, it’s likely from the hops. Biscuity flavor probably comes from malts. Clove notes are likely from the yeast. The combinations are endless, that’s why many brewers usually keep a logbook of their brewing experiments. But…

How many types of beer are there? 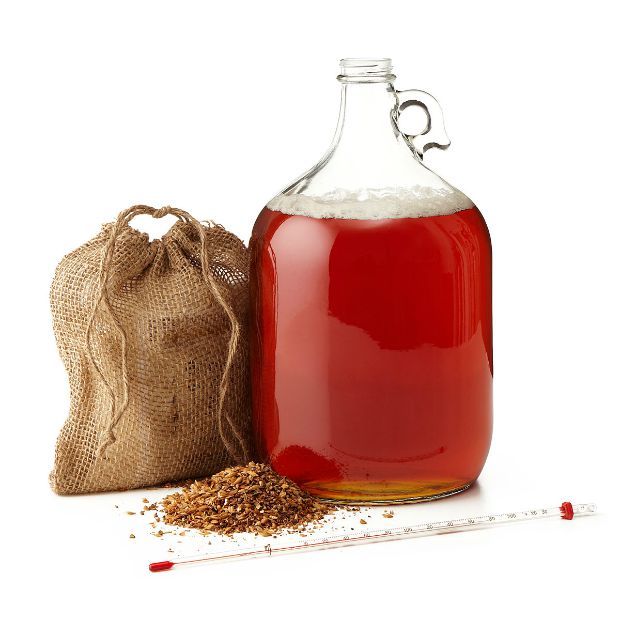 Now it’s time to keep an open mind and try different beer styles until you find a few styles that you really like. The Beer Pop Chart is a beautiful graphic representation of beer styles and their break down. For example, the Dogfish Head 120 Minute IPA is a double IPA; that is part of the India Pale Ale category; that’s part of Pale Ale style and that is a type of Ale. (pff after this I need a beer myself!) 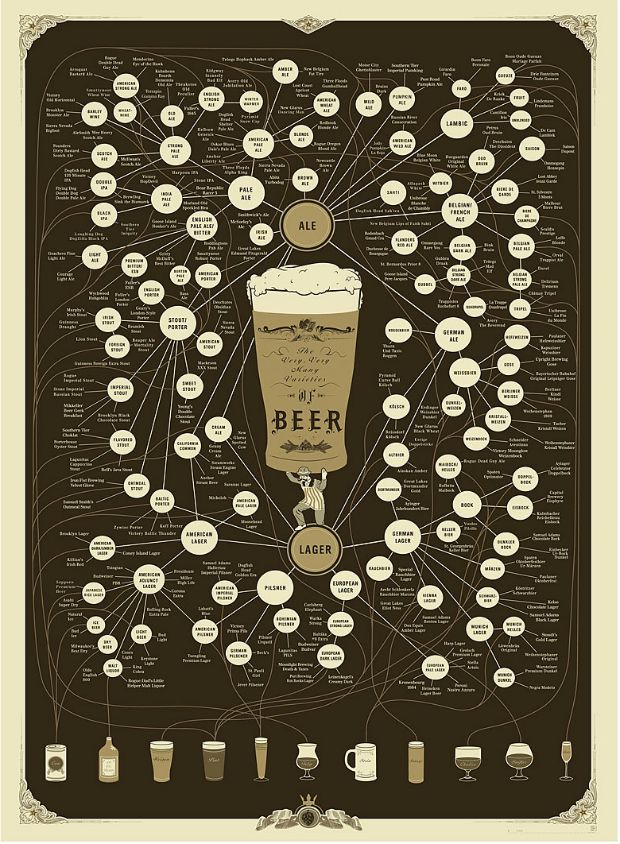 If you would like to know more about beer styles, I strongly recommend downloading the Beer Judge Certification Program Style Guidelines. There’s a pdf version and an app. That is a great resource with detailed notes on aroma, appearance, flavor, mouthfeel, overall impression and history of each style.

For this article, I will focus on beer styles that are more popular during the summer time. While lighter beers are more popular during the warmer months, slightly darker beers pair really well with smoky and grilled flavors. Think Maibock, Munich Dunkel, American Brown Ale. These malty-forward, medium body, moderate carbonation and relatively low hop bitterness beers will enhance the flavors of grilled steak and roasted pork like a champ.

I like how Mark Dredge, author of Beer and Food, approaches beer and food pairing. It’s a concept easy to remember. Here it is: Bridge, Balance, or Boost. That’s it. You wouldn’t want to overpower a fillet of fish on lemon butter sauce with an imperial stout for example.

To bridge is to find similarities between the food and the beer. The brown ale and grilled steak is a good example. The roastiness of the beer harmonizes well with the burnt flavors of the steak.

To balance is to avoid flavors to overpower themselves. That’s why India Pale Ales go so well with French fries. It’s because the smooth alcohol warmth balances well with fatty and salty dishes.

To boost is to enhance flavors of both the food and the beer. It’s probably easier to understand the beer style before trying to pick the food to go with your pint. For some reason, strawberry enhances the sweetness of chocolate so a creamy sweet stout would pair really well with homemade strawberry pie.

I know this is all probably a lot of information to digest at once, so to make a long story short: here are 5 summertime beer and food pairings to try before fall season rolls in. 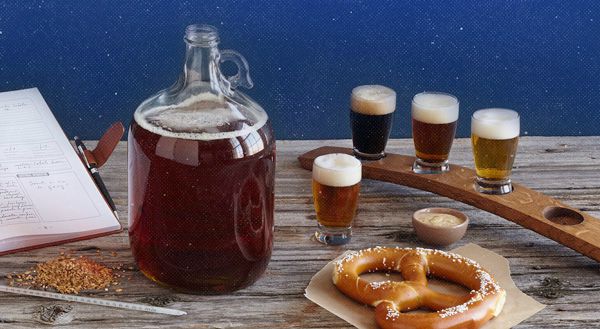 [Boost] Tacos & Session IPA
Session beers vary between 3 – 5% alcohol by volume. That means you can drink more without getting too… buzzed. A “standard” IPA varies between 5 – 7.5% ABV, while double IPAs fall between 7.5 – 10%. Sometimes the high bitterness and dry finish of a standard or double IPA overpowers the creaminess and freshness of some Mexican dishes like tacos or a chicken quesadilla. 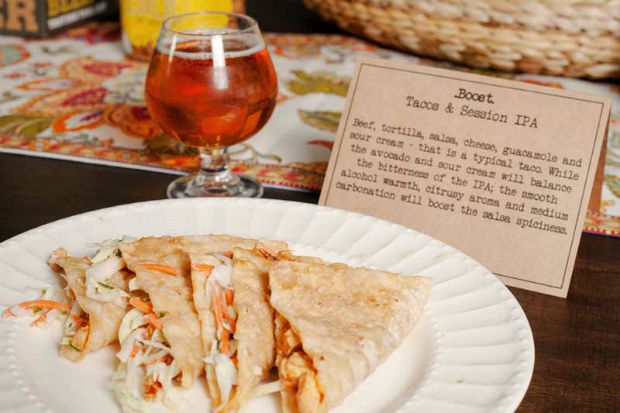 Beef, tortilla, salsa, cheese, guacamole and sour cream – that’s a typical taco. While the avocado and sour cream will balance the bitterness of the IPA; the smooth alcohol warmth, citrusy aroma and medium carbonation will boost the salsa spiciness. This is probably the most common beer and food pairing in America and it’s easy to understand why: it’s delicious!

Blue Moon is such a versatile beer. Brewed with orange peel and coriander, it’s an easy-drinking vastly available brew. 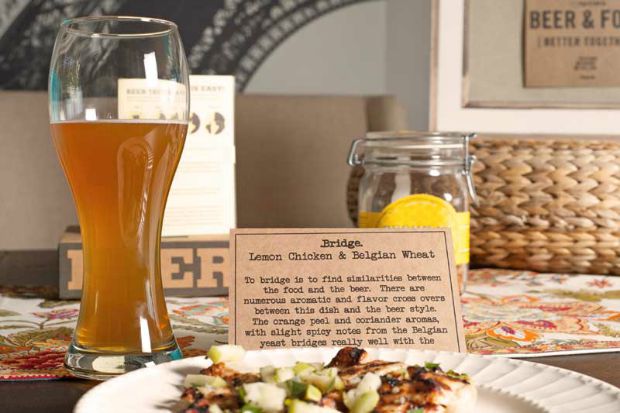 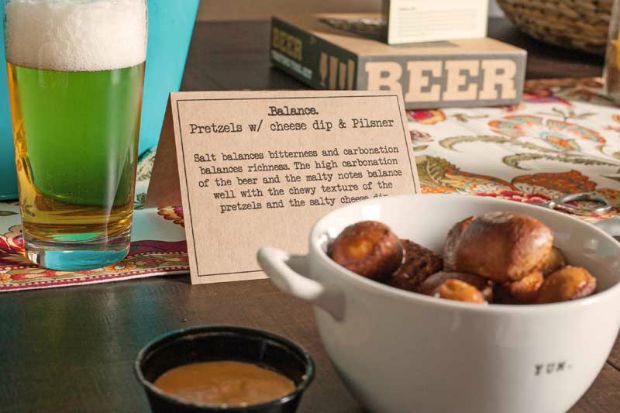 Blonde Ales are refreshing and Caesar Salad is a light dish. That makes this pairing a well-balanced option. 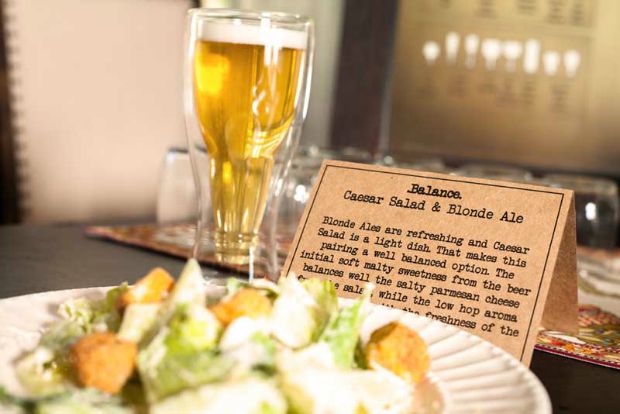 The initial soft malty sweetness from the beer balances well with the Parmesan cheese from the salad, while the low hop aroma complements the freshness of the lettuce. 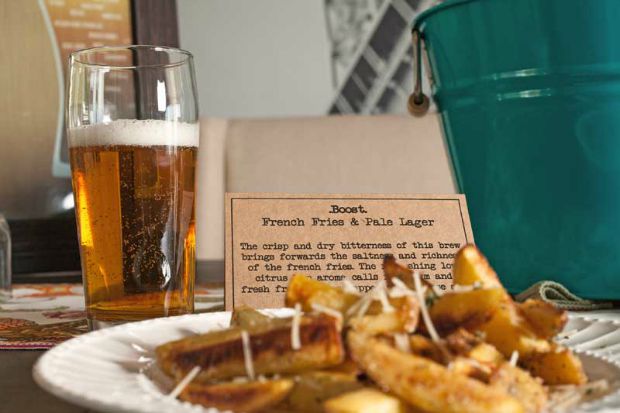 The crisp and dry bitterness of this beer brings forward the saltiness and richness of the French fries. The refreshing low citrus hop aroma call for warm and fresh potato fries topped with cheese and salt. 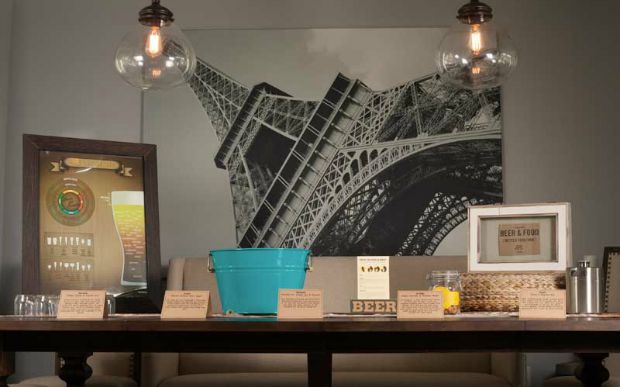 If you are the kind of person who likes to host (and go) to themed events, the beer & food pairing party might be a good call for your next get together with friends. It’s different and that’s why people like it so much. At the end of the day everyone will have fun but here are a few tips to help you get started:

Lucas Alcalde is the creator of the Home Brew Journal, a craft beer logbook that will change the way you keep track of your beer recipes forever.