Wrapped Up in a Good Book: Tori Tissell’s Literary Scarves 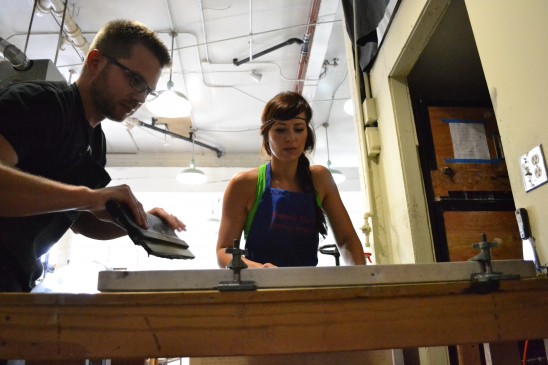 It doesn’t take much exposition to connect literature and art. Artist Tori Tissell fuses both with fashionable flair in her literary scarves. Full of storybook charm, they harken back to Tori’s days as a budding artist. “Some of my earliest memories are from the age of three years old when I was painting in watercolors,” says Tori, “there’s a video recording of me being asked what I want to be when I grow up–my answer was an artist.”

This passion continued into adulthood, landing Tori as a drawing and painting major before deciding to move to New York City to study fashion design. “I thought that outlet would allow for a wider audience and quicker reception of my work and ideas.” Tori was right, and after being stumped for Christmas gift ideas during the 2011 holiday season, she decided to use her education and passion for screen printing, fashion, and literature to create something memorable for family and friends. “Since those closest to me also have an affinity towards reading, [book-inspired scarves] seemed like the perfect solution for gifts and possibly more.”

Tori sourced some fabric for the scarves and found a rich cream-colored knit. With this new material, she was inspired to print the scarves to resemble the page of a book. After the scarves were a hit, Tori began selecting other book texts to be screen-printed. “Initially books and passages were picked by what I favor and some of that will always hold true but lately we’ve been getting a lot of additional input,” says Tori. From Alice in Wonderland to Jane Eyre, each scarf showcases a window into a world of storybook magic. 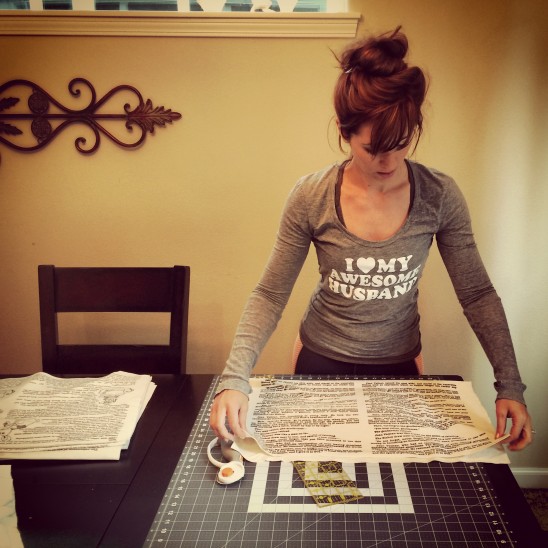 Tori’s husband Chris became a part of the project when they got married in 2012. The scarves had really started taking off, and he began helping with screen printing, sourcing, and streamlining production. “By the end of that year, he was practically a full time employee on top of his other job as a computer programmer.”

Tori and Chris work out of a few spaces in Portland. “My workspace is a bit of a joke,” says Tori, “Chris is the one with a beautifully painted office, complete with overflowing bookshelves, leather furniture, and artifacts from past travels. My office is continually on the move. I either print pieces within our rented studio space in downtown Portland, or I cut and sew fabric on our dining room table.” 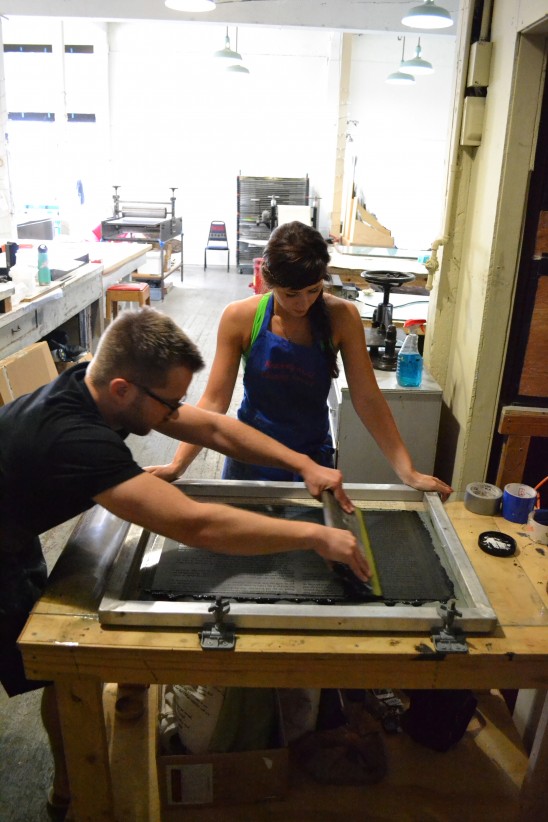 Wherever she happens to be working, Tori keeps pieces of inspiration handy. One such piece is the print cover art for Harry Potter and the Deathly Hallows, signed by the artist. This is one of many hints at her love of reading, a passion that perfectly enhances her art. Another source of inspiration can be found within. “I think it’s really important for an artist to surround oneself with his or her own work because taking on new illustrations is terrifying. It’s comforting to see what’s already been overcome and to be reminded that you can do this.” 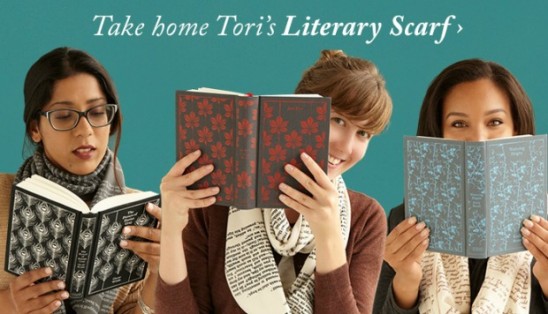 Uncommon Knowledge: Why do old books smell so great?