B is For Beer, Breweries, Brooklyn, and Beyond!

While we’d like to claim that UncommonGoods’ home borough of Brooklyn is the single epicenter of beer culture in the US, that would be a slight to hotspots like Portland, San Diego, and Denver, not to mention lesser-known enclaves like Sussex County, Delaware or Western New York. But along with its important role in the craft beer revival, New York City does have a long history of brewing, longer than some other locales synonymous with craft beer today. 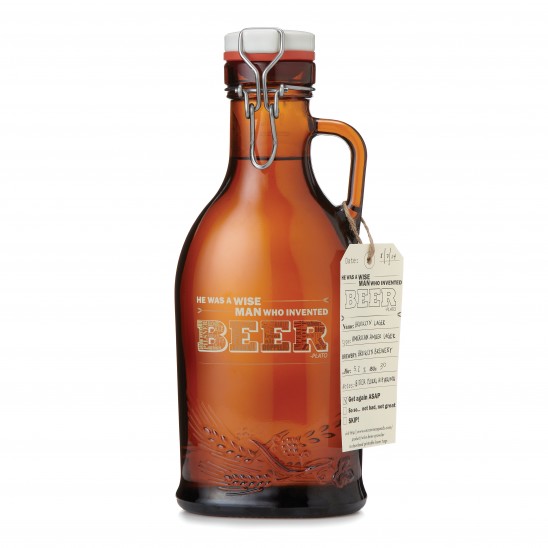 The first known brewery in the New World was in lower Manhattan, where two thirsty Dutch settlers established a brewhouse in the colony of New Amsterdam in 1612. As the island became more densely settled (and was reborn as New York) brewers started to relocate to the wide-open spaces uptown and across the East River in Brooklyn (“Breuckelen” in New Amsterdam days). Just over 300 years after that brewery beachhead, Brooklyn boasted nearly 50 active breweries, many founded by German-Americans capitalizing on the booming popularity of German-style lagers.

It’s no stretch to say that daily growlers of local beer (named for the grumbling stomachs of hungry workers) helped to build many New York landmarks like the Brooklyn Bridge. Schaefer, founded in 1842 on a German lager recipe, built a new state-of-the art facility in Williamsburg, Brooklyn in 1915, keeping Brooklynites well-supplied for 60 years. Unlike many others, Schaefer survived the dry spell of Prohibition, but succumbed to the corporate forces of big national brewers like Anheuser Busch in the 1970s, throwing in the towel in 1976.

‘The City Of Brooklyn’ print by Currier and Ives, 1879

Brewing in New York suffered in the ’70s and early ’80s, along with many other aspects of life in the Big Apple. But by 1984, signs of life emerged when former AP correspondent Steve Hindy teamed up with his Park Slope neighbor, Tom Potter, to found Brooklyn Brewery. From humble, DIY beginnings, they led the charge for a Brooklyn beer revival. Today, with an expanding facility in Williamsburg, not far from Schaefer’s former site, Brooklyn Brewery produces an impressive array of beers enjoyed throughout the region and nationwide.

Following Brooklyn Brewery’s success, other breweries have cropped up around the borough, offering more and more variety for beer lovers in Brooklyn and beyond. From the distinctive, genre-defying beers of Sixpoint (Red Hook), to the environmentally-conscious brews of Kelso (Fort Greene), to the sideshow chutzpah of Coney Island Brewing Company, Brooklyn is re-emerging as an East Coast center for craft brewing. In the big picture, there’s even more good news for brews: the Brooklyn revival is just one wave of an American craft beer resurgence. This year marks 3,000 breweries operating in the US—most of them microbreweries or nanobreweries like Brooklyn’s brewers—a level not seen in this country since 1870. Throughout the nation, a century of lost ground has been regained! 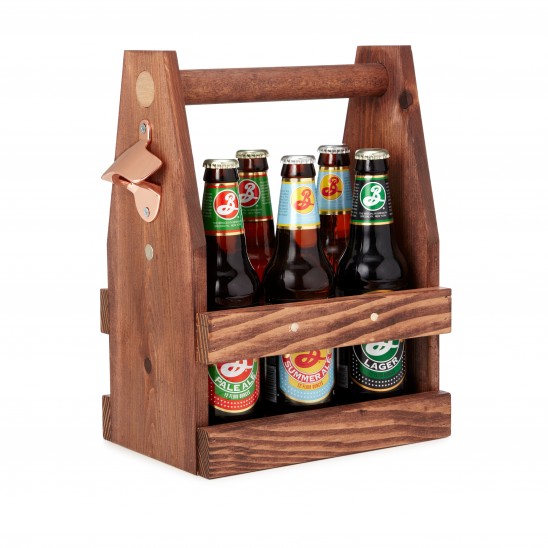 Sixpoint Brewery’s motto, “Beer is Culture” may be the perfect phrase to encompass the role of beer in Brooklyn today. Beer’s role in Brooklyn life isn’t just relegated to the proliferation of craft breweries; there are scores of multiple tap beer pubs, specialty stores like Bierkraft in Park Slope, beer history tours and tastings led by Urban Oyster and others, and numerous spots where you can fill up a growler with a dizzying variety of craft beers from all points on the map. And that’s just one borough of the metropolis where beer has been part of the local culture for over 400 years.

Indulge in some hoppy goodness with the help of our favorite beer gifts, or learn more about the history of brewing by visiting the sources we used for this post: BeerHistory.com, Brooklyn Brewery/History,Schaefer Beer/History, The Buffalo News

Uncommon Knowledge: How German is your weekend?