Inspiration for Innovators: A New Collection of Patent Art

Creativity is one of our greatest joys and highest values at UncommonGoods. It makes us so happy when we come across or develop an imaginative, original design, artwork, or product that will bring something special into our customers’ lives. We’re in awe of the creative geniuses throughout history whose ideas, experiments, innovations and inventions have transformed life altogether. 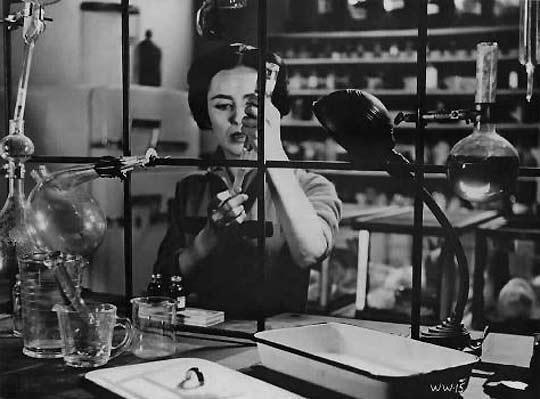 Actress Susan Cabot as a chemist/inventor Janice Starlin in the 1959 Roger Corman film, The Wasp Woman

Learning about how great inventors and product designers have pursued their ideas from dream to reality, persisting through the grueling effort of iterative failures and breakthroughs, is incredibly inspiring. Our Product Development team wanted to create a new wall art collection that would link the often quiet presence of innovation in our daily lives to the grand and sometimes dramatic history of invention. 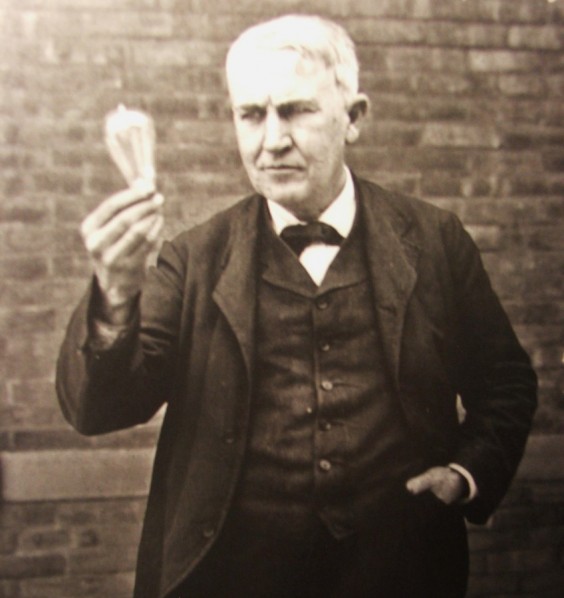 Thinking about history led them to the National Archives online collection. Then they had their light bulb moment. What’s a more universally-recognized symbol of inspiration than… the incandescent light bulb itself? What more prolific inventor has there been than Thomas Edison, with his 1,093 patents? And how cool is it that the National Archives collection includes some great-looking documents that were central to Edison’s most transformative inventions? (Answers: None, None, and Very.) 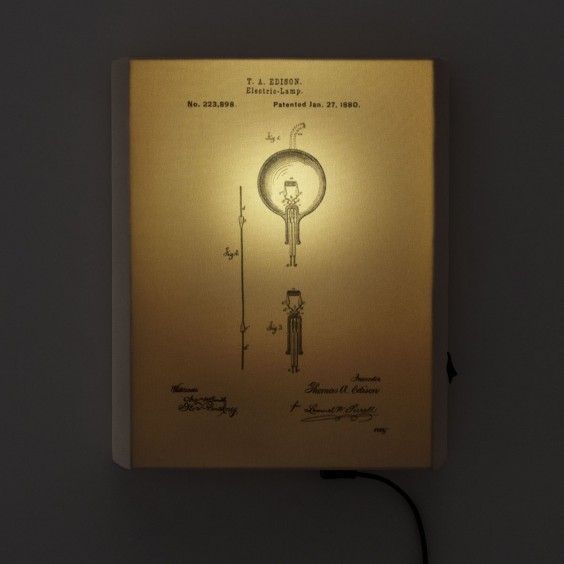 The team fell in love with the patent application drawings that skilled draftsmen (yup, all men back then–though not all white men) created of the light bulb and other inventions. Their historical value is bottomless. But our team was also struck by their simple beauty, and the profound inspiration they recall and radiate. They decided to create a collection that would spotlight the elegant loveliness of these hand-drawn, hand-written documents. 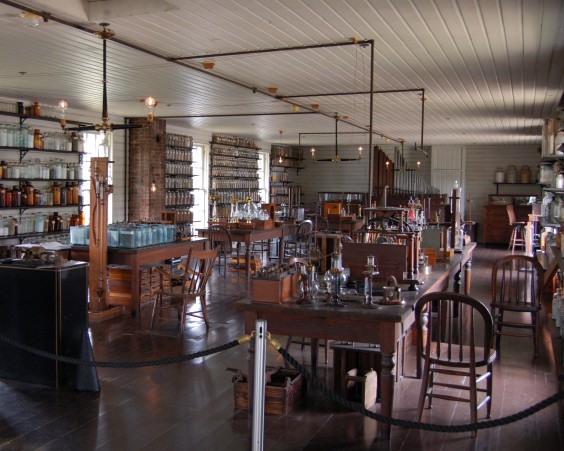 It was determined that a Product Development team field trip to the Thomas Edison National Historical Park in West Orange, NJ, where “the wizard of Menlo Park” lived and laboratoried [Ed. note: We “innovated” that word] was a mandatory step in their creative process. [Ed. note: Uh-huh.]

Their trip to the wizard’s workshop wasn’t only inspiring; it was humbling. You know that famous Edison quote, “Genius is one percent inspiration and ninety-nine percent perspiration”? He wasn’t kidding. “The electric light has caused me the greatest amount of study and has required the most elaborate experiments,” Edison wrote. “Before I got through, I tested no fewer than 6,000 vegetable growths, and ransacked the world for the most suitable filament material.” (There was no electrical system for people to plug light bulbs into, so, no problemo, Edison invented a power distribution system, too.) 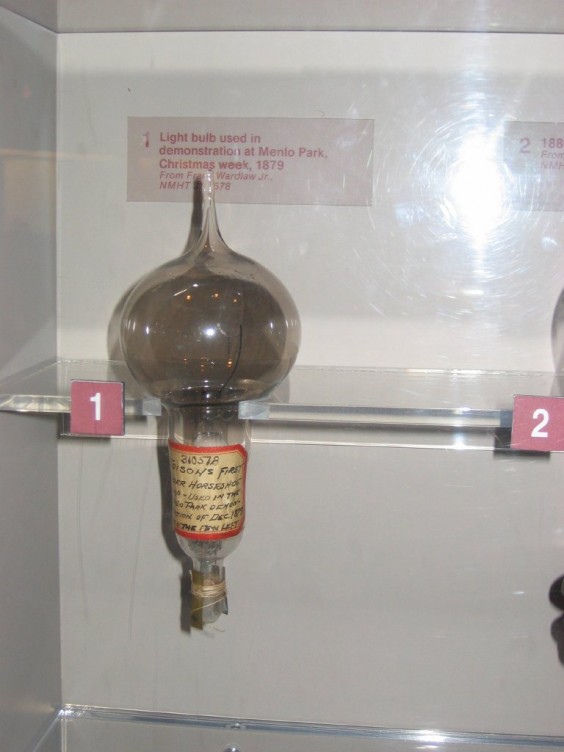 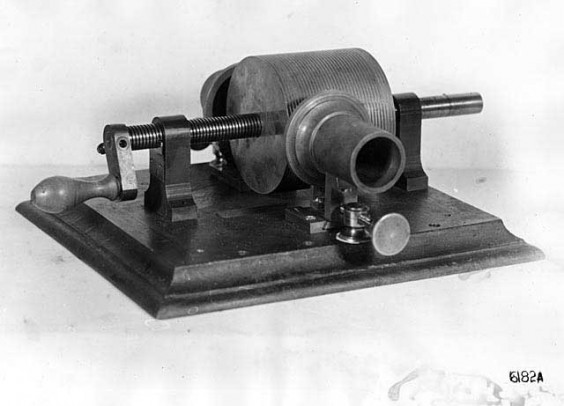 Edison’s 1879 light bulb – perhaps the most iconic patent ever – wasn’t actually the earliest; but it was the first efficient, long-lasting, practical, and commercially viable one. His 1877 cylinder phonograph, however, was an original. Even he was amazed when the first words he said into it – “Mary had a little lamb” – were played back to him by his machine.  (The little pocket device injecting music straight into your brain has Mary and her little lamb in its DNA. Even if you’re playing death metal.) [Ed. note: Whether or not you were fleeced is another issue. Har. Har.]

The patent applications for these inventions, antique as they are, still powerfully communicate passion for innovating, pushing forward, solving problems, imagining and designing the future. But there’s also an appealing quaintness to them. They seem to embody honest simplicity, even a kind of innocence. 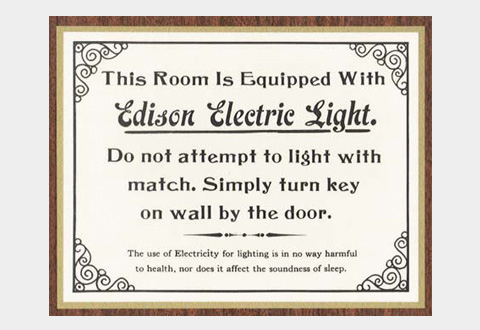 Though we know these became some of the most successful products of all time (in part because Edison was a brilliant and aggressive marketer), because they’re purely technical, they seem to exist on a higher plane than mere marketing. There’s no slick, trendy styling; no scantily-clad ladies holding these objects; and no breathless ad copy. Invented before the onset of “planned obsolescence,” which created the problems of waste and resource depletion we have today, these products were designed to simply perform their functions well. 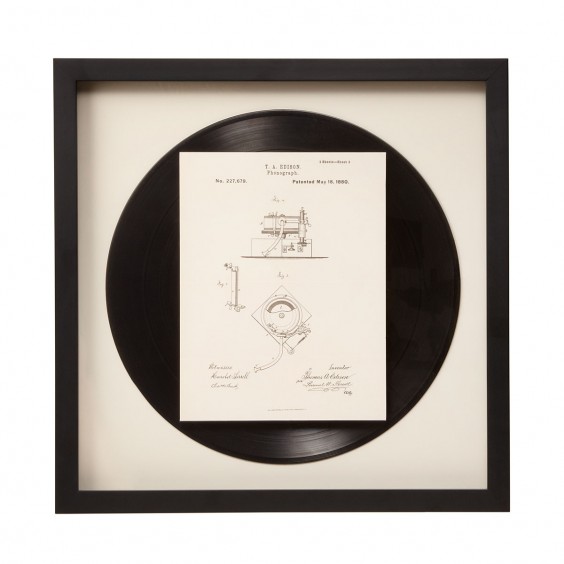 We dig that. The team didn’t want to mess with perfection, so the artworks in our new collection consist of un-altered reproductions of the original patent applications, printed on 100% archival enhanced matte paper. Each goes a thought-provoking (and fun) step further by subtly incorporating functionality and form, to illustrate how these inventions have evolved. The Phonograph, for example, incorporates a vintage vinyl LP, and the Light Bulb is illuminated by an LED. 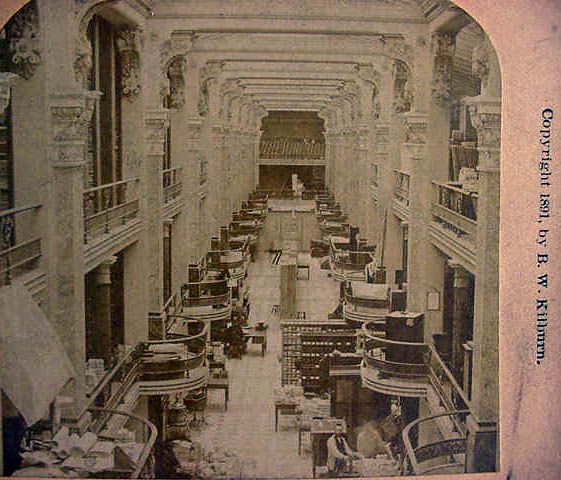 As Morgan Tanner, UncommonGoods Product Development Production Manager, put it, “These patents point to the origins of these commonplace items, but by no means represent the ‘last word’ on them. Innovation breathes life into the products we rely on and interact with every day. Reinvention brings timelessness.” 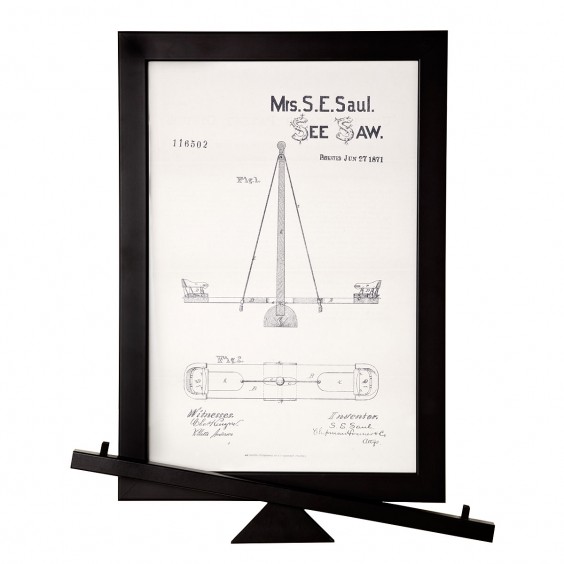 The team hoped to dream up a collection of inspiring art for our customers that would honor creativity as an immensely powerful energy flowing through each and every of us–and they succeeded! The iconic, historical aura of these documents beams undimmed through the decades, motivating us each to explore our own, individual genius in whatever direction it takes us…even if it takes a while to get where we’re going, as it did for a certain young patent clerk at the beginning of the 20th century who couldn’t get a promotion and felt he was going nowhere at the speed of light. 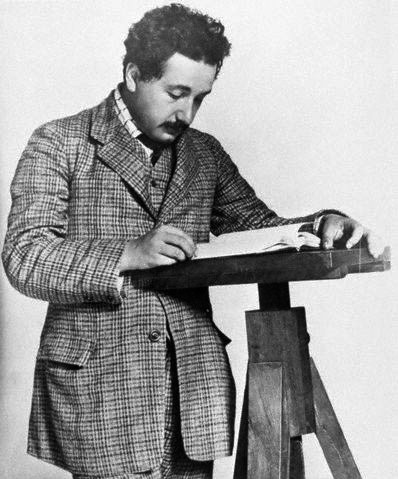 From a 1901 letter from Einstein’s father, Hermann, to Professor Wilhelm Ostwald at the University of Leipzig, Germany:
“I shall start by telling you that my son Albert is 22 years old, that … he feels profoundly unhappy with his present lack of position, and his idea that he has gone off the tracks with his career & is now out of touch gets more and more entrenched each day. In addition, he is oppressed by the thought that he is a burden on us, people of modest means…..” (Professor Ostwald never responded.)