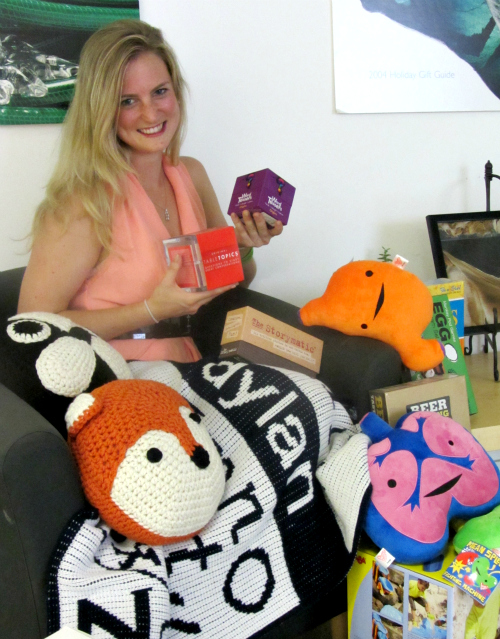 Welcome back! This edition of Game Night actually features a get-together I had a while back. (As you can see from the shorts. One plus, though, now I’m in the mood for some warmer weather!)

I was looking through old photos, and realized that I had a hilarious photo shoot of my friends and myself trying out the game Rollick! that we brought into the assortment this past summer. 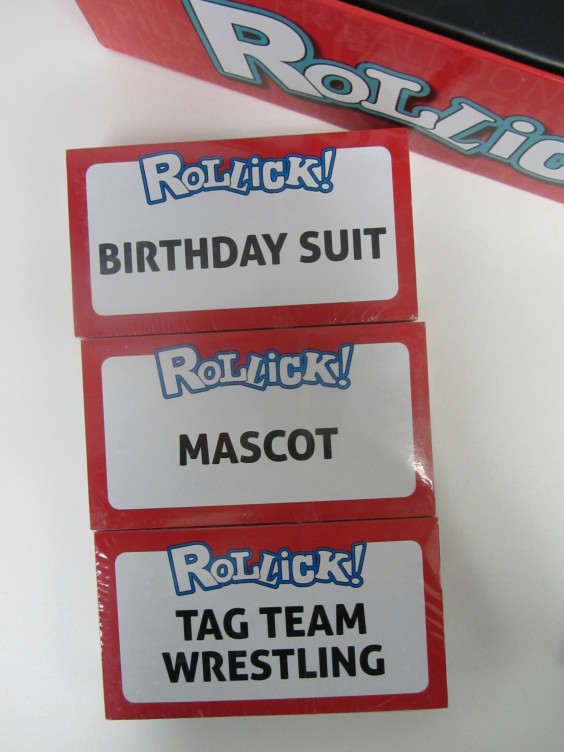 This game is like a backwards version of charades – instead of one person acting out each clue, you divide up into teams and act out the clue as a group. Being the rebels we are, we didn’t actually follow the rules, and instead nominated 2 people per card to get up in front of the group and make fools of themselves (the boys were particularly good at this). 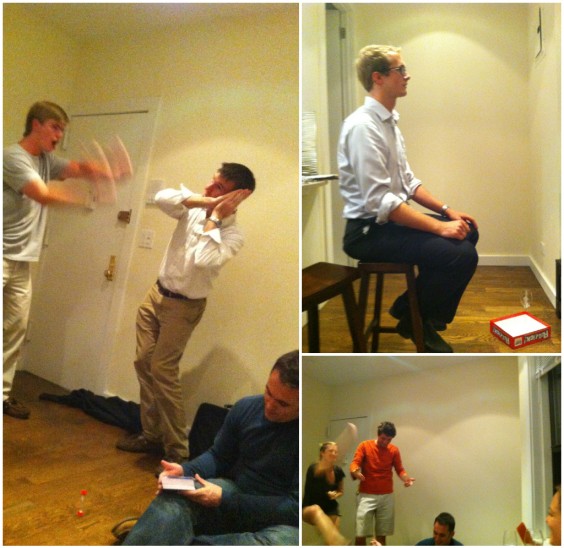 My sister and I had a particularly special moment where we tried (relatively unsuccessfully) to act out what a magic carpet ride would look like – we eventually got people to guess it when we cheated and hummed the song from Disney’s Aladdin, and then she jumped into my arms at the end. 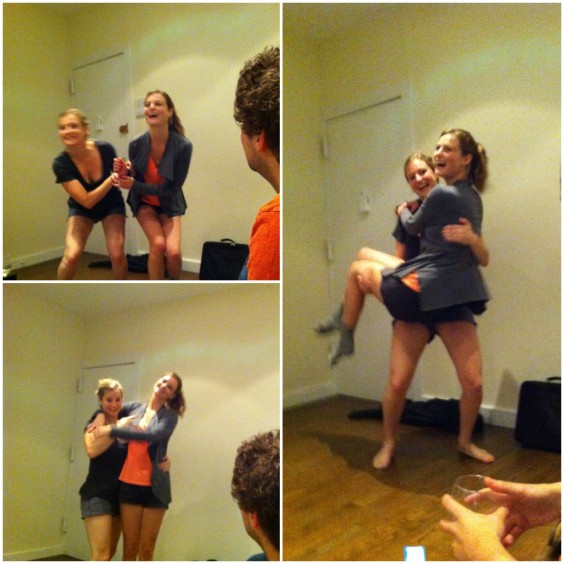 The gameplay was definitely hilarious and highly interactive – we were giggling (ok, more like rolling with laughter on the ground) the entire time, and even though we didn’t play by the rules or even keep score, we still managed to get competitive over who was the best actor. Hint: it was not me. 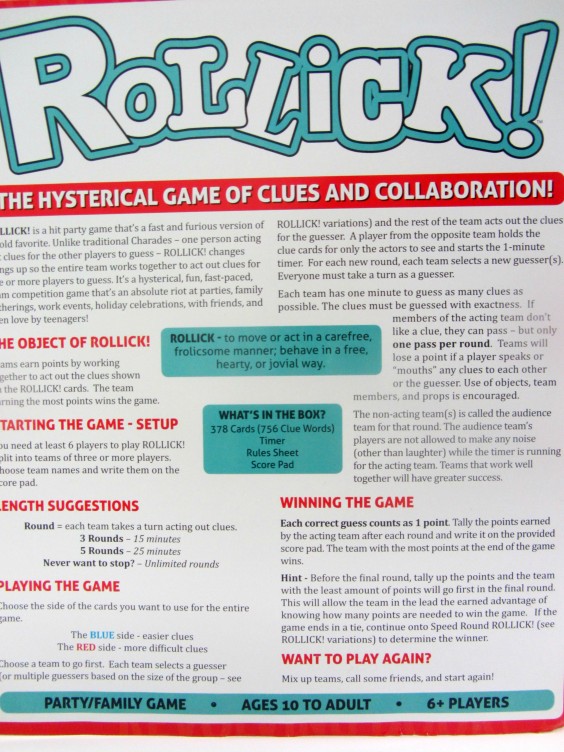 I think this is a great game for a span of ages – it is something that the young and the old can get involved in together, and I can see this being great for a family game night.

I’ve had a few game nights since, but I didn’t want to miss the opportunity to share this one with you, so stay tuned for those posts to come! I am always playing the games that I’m considering bringing into the assortment, as well as sometimes grabbing the ones we already have on site, so please feel free to leave a comment below and let me know if there is any particular game you want to see played.

Till next time, kids!
Melissa

Check out more of Melissa’s Game Nights to see her play Kwizniac and ZinZig!

Melissa is a California native, and a new New York transplant. She lives in Manhattan and makes the commute across the bridge to Brooklyn to work at UncommonGoods as the Senior Buyer for the Children’s, Leisure, and Desktop categories. She has no sense of direction, but loves to travel; has no skill, but loves to cook; and currently has an obsession with putty.

Luck of the Limerick Contest

How to Make Your Products Eco-Friendly and Spread the Word