Piece by Piece: How Jim Golden Captures Collections in Photographs 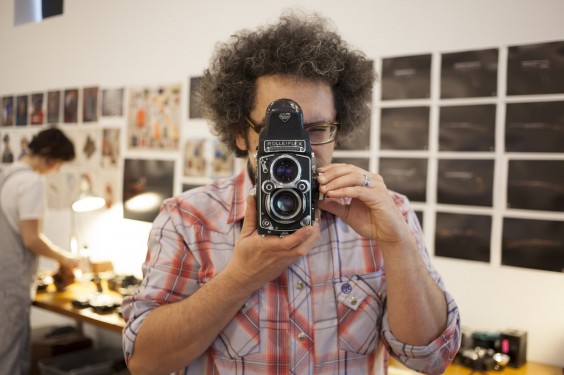 Photographer Jim Golden started his career as a retoucher in New York City’s fast-paced world of advertising, but traded in taxis and skyscrapers for scenic natural landscapes and crisp Oregon air. Now he owns his own photography studio and, when he isn’t capturing the majestic landscapes of the Pacific Northwest or creating beautiful portraits with his lens, he’s creating visual records of unique collections.

The items in each of these collections come from different times and places. Each grouping is like a history book, telling the story of a product and celebrating how the design has changed over the years and varies across its kind. Each thing in every group Jim photographs fits just right into the arrangement, creating a stunning still life. 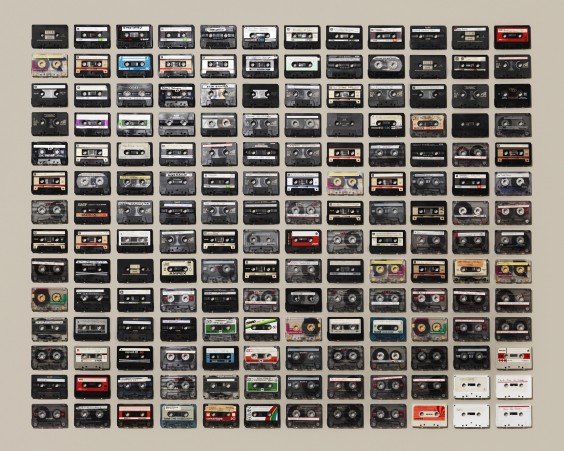 The subjects of each of these photographs arrive at Jim’s studio in many ways. Some are complete collections belonging to friends, some are from others working in the space, and some are “cobbled together” from thrift stores, internet auctions sites, and craigslist.

Despite the time Jim spends finding the perfect assortments of interesting things and carefully organizing them into scenes, he says he’s not one to hang on to too many objects himself. “I don’t have a lot of space these days,” he tells us. “I have 3 bikes, some die cast cars, some old cameras. Nothing amazing. I collect photos of collections! A friend recently commented that I collect through my camera, referring to my work outside of the studio (cars, houses, landscapes) which I thought was an interesting observation.” 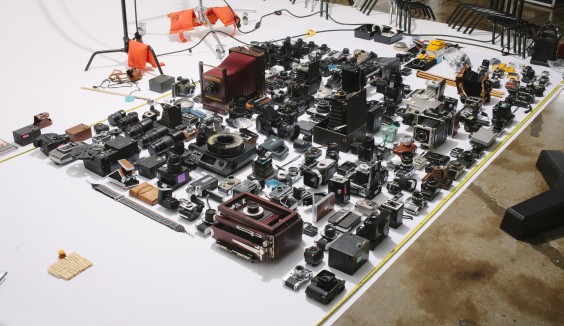 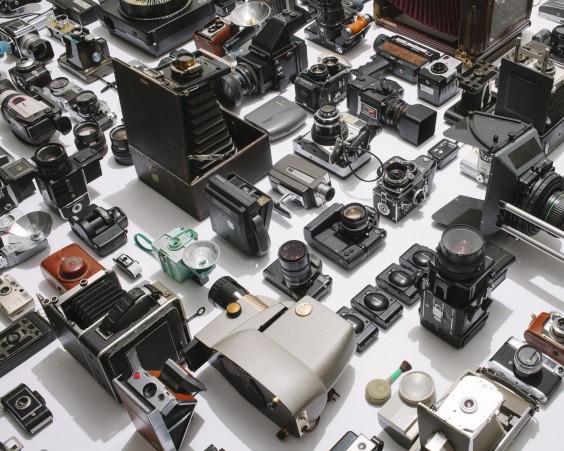 It’s no surprise that he learned to use the camera in this way. “My father was a serious amateur photographer,” Jim says. “[He] always had a camera in the car and would shoot this and that and every so often we’d have slide shows to see what he shot.”

After assisting his dad as a kid, Jim went on to college and began his technical training, ready to go into the field at a professional level. “I thought I wanted to be a commercial photographer, but after assisting in college I thought it wasn’t for me,” he says. “I graduated and started working for a retoucher in NYC, and he taught me that trade and I retouched for a while, then transitioned to shooting for a living in the early 2000s… I left New York City to get away from the intensity of the advertising world and to live in another part of the country. I wanted to be closer to the outdoors and especially the mountains in the winter. Portland was really affordable at the time, so it was easy to make a living and snowboard and skateboard a lot.”

The artist founded his own studio in 2006 in a converted grocery store from the 1930s. He describes it as “a free-standing building with a little parking lot and a big awning out front that the produce used to be under.” When he bought it, it was filled with cubicles, so he had to gut it to create the classic white box studio with “a 2000 square foot shooting space, a cyclorama, and about 1500 square feet of offices and a conference room in the back” that it is now. “It has great storefront windows so you never feel isolated in the dark, but it’s very functional,” he says. “It’s basically my dream studio from back when I would think about what my [future] studio would look like.” 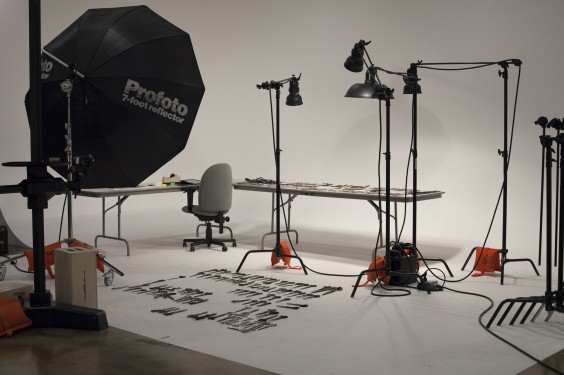 All of this space is necessary, because photographing a large collection takes up what Jim calls “a pretty big footprint.” The objects are placed on the floor in a 10 foot by 8 foot formation and the camera is positioned 12 feet in the air, but that’s just set up. Space is also needed to store and sort the pieces before and after the photos are taken.

“We like to have about 2-3 times more stuff than we think we’ll need, ” Jim explains. “We spread everything out on big tables and edit it down to our favorite items. We then place our favorite stuff on the floor and move them around to see what feels right, then work off those pieces, they tend to be the larger pieces, generally. We mark the edges of the frame with tape measures and fill in the image. It’s a fine line between what works and what doesn’t; I know it when I see it. I worked with a very talented stylist, Kristin Lane, on some of the images, it’s a very collaborative process when we work together. Otherwise, I usually go in with 2-3 plans of attack and arrange the items myself.” 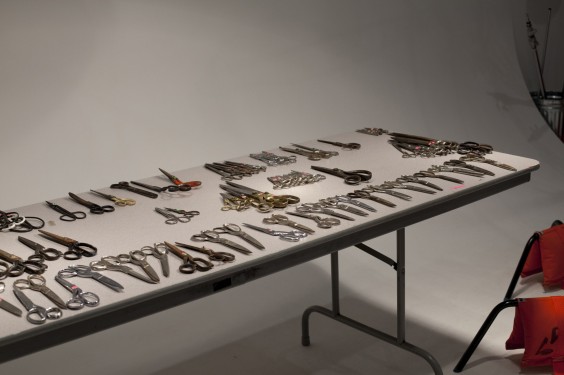 This work may sound arduous to some, but it results in truly unique, detailed, and beautiful photos like those featured in our assortment of collection puzzles here at UncommonGoods. “I think all [photography] genres have their challenges in a way. When it comes down to it, it’s all making images, and I’m passionate about it regardless of the challenges,” Jim says.

The photographer’s advice to others willing to accept the challenges that come along with trade is to “shoot shoot shoot, every day.” He continues, “Always have a camera on you. Take the time if something catches your eye. It’s a cliché, but shoot what interests you, it shows through the work if you’re inspired…. as glamorous as this industry sounds, it can be a grind sometimes. You need to ask yourself if you can go the extra mile every time– because you need to. It’s immensely rewarding, but also hard work. ‘You’re not special, work hard’ was a quote I read recently. Very true.”