Ed. note. We’re pleased and excited to announce that Jono Pandolfi will be a guest judge for our Ceramics Design Challenge, coming soon. If you have dreams of selling your pottery or ceramics on UncommonGoods.com, get ready to enter!

A few years ago, Jono Pandolfi was working with Chef Daniel Humm at Eleven Madison Park, an upscale restaurant on Madison Avenue in New York City, collaborating on ways to present the food to accentuate its delicate nature. Although he was hard at work on some abstract designs, when the Pillow Plate popped into his head, he knew he was on to something.

“I pretty much abandoned all of the other ideas at that point, because I knew that the pillow would be perfect for what he wanted to do,” says Jono, who works in porcelain, ceramic, and silver in his New Jersey studio. 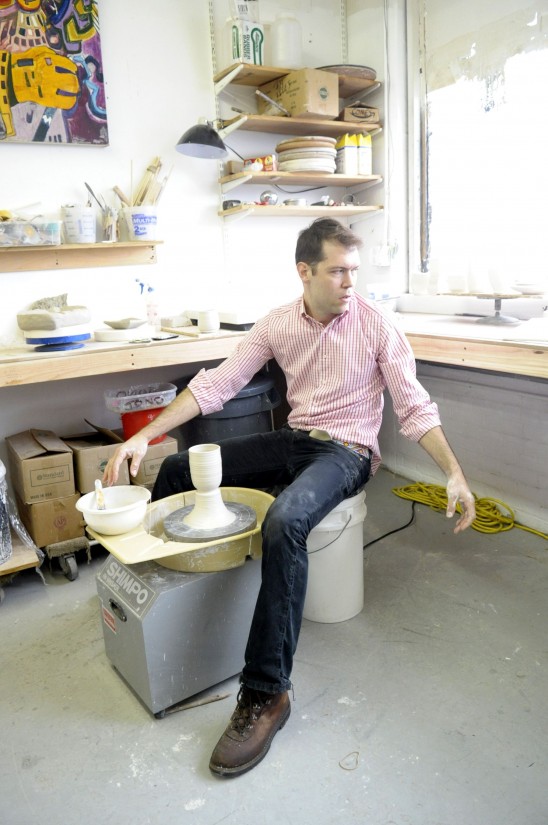 Although comfy cushions and food may not seem to go together at first, the idea is certainly not a foreign concept. Imagine your favorite 5-star hotel–chances are upon entering you room you’ll find a decadent chocolate, beautifully presented, waiting for you on your pillow. Jono’s pillow, however, needed to be sturdy to support more than just one delicious morsel, so he began experimenting.

“I love the unpredictability of [the design process],” Jono tells us. “Especially when you are talking about ceramics. Clay as a medium offers some unexpected twists and turns. These can be infuriating, but they can also take you places you never thought you’d go.”

Although Jono is experienced in working with clay, he took another route to create his pillow prototype. “In order to create my original model, I filled a plastic bag with hardening plaster and let it set up completely, which gave me the realistic folds and creases,” he explains. “It took a few tries, but was much easier than carving a form like that out of clay.” 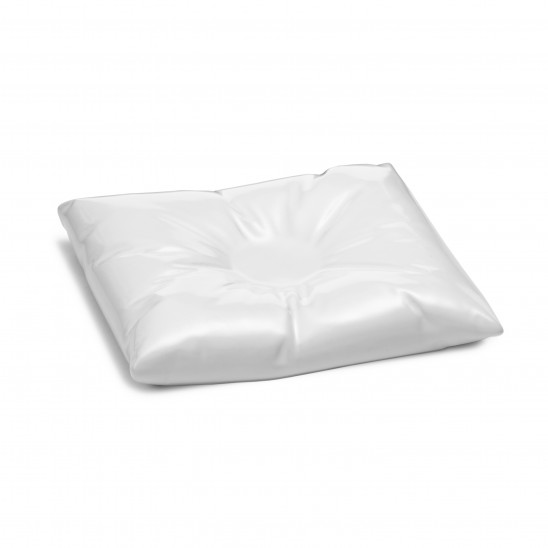 “From idea to finished piece for Chef Humm, it was a pretty quick turnaround, because I knew it was going to be a hit with the restaurant,” he says. “So, I forged ahead and made a mold before I even showed my client the idea.”

Once a realistic pillow shape was achieved, the next step was determining whether it could be reproduced. Not only did Jono want to recreate the unique design, he also wanted to do it in the U.S., while keeping the plate affordable.

Jono explained that when he began working on the Pillow Plate, he was already researching manufacturing options for another project. “Unfortunately, there isn’t much ceramic manufacturing going on in the states anymore,” he says. “There used to be quite a bit of it. I spent a lot of time on the phone discussing what each company’s capabilities were. Overseas, you have loads and loads of factories that would all love your business. Here in the states, the manufacturing facilities don’t really specialize in working on other people’s projects, so it took some work and a few trips out there, but here we are.” The plates are now manufactured in Ohio.

Although the initial design was fueled by a spark of inspiration, it took patience and research to create the finished product. In the end, Jono created a quality, inexpensive product with a high-end feel–a product he’s happy to stand behind. “The design that you are putting forth has to be your best work,” he tells us.

This philosophy applies to both long-time and emerging designers. According to Jono, “It can be really hard to resist all of the input from outside sources and boil it all down to what matters most–a great design that you believe in, your client believes in, and will hopefully sell well.”

This Just In: Embroidered Pouches